Hyderabad: What NT Ramarao said in 1986, after this Tamil Nadu legislated in 1989, and what Parliament enacted in 2005 is consolidated and clarified by the Supreme Court on 11 August 2020 by holding that daughters would

have equal co-parcener rights in Hindu Undivided Family (HUF) properties even if they were not alive at the time of the 2005 amendment to the Hindu Succession Act, 1956 in a case between Vineeta Sharma v. Rakesh Sharma.

The point to be noted is that the Supreme Court agreed the retrospective effect of 2005 amendment to Hindu Succession Act 1956, The Central Act 2005 has rectified the deficiency of the NTR’s AP state amendment to H S Act which did not have retrospective effect. In fact, not to consider the daughters as equal and as coparceners before the enactment is unjustified, against equity and in breach of equality, besides being unnatural. Not treating daughters on par with sons is arbitrary, inhuman, and unnatural. The natural and human law is superior to unjust written law in practice. 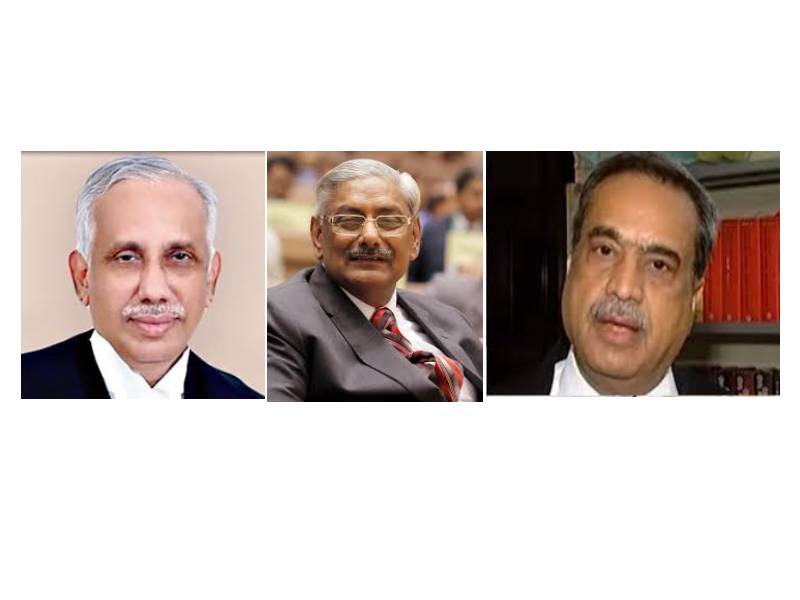 Justice Arun Mishra rightly pointed out in the operative part of the judgment, "Daughters have to be given equal share of coparcenary rights in share of property like the son.

The question of dispute before the Supreme Court was whether from the date of passing of Hindu Succession (Amendment) Act, 2005, a daughter of a coparcener (Joint Hindu Family) shall by birth become a coparcener in her own right in the same manner as the son. In other words, whether a daughter could be denied her share on the ground that she was born prior to the enactment of the Act and, therefore, cannot be treated as coparcener?

This judgment settles the law on point that became controversy because of conflicting opinions expressed by the Supreme Court in earlier cases. In Prakash v. Phulavati, (https://indiankanoon.org/doc/143363828/) the

But this was a wrong conclusion. The right perspective was explained in Danamma v. Amar (https://indiankanoon.org/doc/88759498/) wherein the Supreme Court established that the 2005 amendment confers upon the daughter the status of a coparcener in her own right in the same manner as the son. Thus, it confers equal rights and liabilities in the coparcener properties to daughters and sons. This means the date of passing of legislation does not matter. It did not mean that the daughters born before 9 September 2005 are not co-parceners, only those who are born after are equal to sons.

It is an absurd proposition advanced by the selfish people who want to deny the equal status to daughters and the lawyers who simply advocate the cause or desire or selfish wish of a client, because it is their

professional duty and following profession is their ‘ethical duty’.

These conflicting opinions coming from the apex court in Prakash v.Phulavati held in 2015 Danamma @ Suman Surpur v. Amar, decided in 1 February 2018 and Mangammal v. TB Raju (https://indiankanoon.org/doc/70913397/) decided in 19 April 2018 has naturally confused the daughters and lawyers equally. Supreme Court. While hearing the appeal of Vineeta the Delhi High Court rightly noted that because of these conflicting opinions, the matter must be taken to

Supreme Court again to resolve the confusion created by the apex court’s conflicting judgments. Delhi High Court certified it as a fit case for appeal. While taking up the case the bench in November 2018 headed

by Justice AK Sikri had noted that the matter needed to be heard by a three-Judge Bench. Apex court’s three judge bench settled matter saying Vineeta would have had coparcenary rights in the property even though her father had passed before the enactment of the amendment.

What Supreme Court emphatically stated in Vineeta Sharma judgement is that the 2005 amendment would have retrospective effect in conferring rights on daughters who were alive at the time of the amendment, even if they were born prior to it. Vineeta is Vijetha, i.e, the appellant woman Vineeta is victorious, and hence deserves appreciation for her fight until the Supreme Court. Unless you fight for your rights, it is difficult to get them, though enacted, supported and properly made enforceable.

Most unfortunately the daughter’s rights to property in their parental homes are being exercised by the husbands to further their vested interests. The ex-daughters and present wives should realize that the 2005 Amendment gave them the rights to equality on par with their brothers, and that should not be hijacked by the husbands.