In two weeks, over 3800 people fined for not wearing masks in Hyderabad

Hyderabad: The Telangana government has penalised over 3,800 people in Hyderabad in the past two weeks for not wearing masks while stepping out of their homes. The fines ranged from Rs. 500 to Rs. 1,000.

Within two weeks, over 3,800 people were penalised for not wearing a mask while in public in Hyderabad. Hyderabad is also the district which registered the maximum number of fines, with 3,892 people getting fined from May 7 to May 19, 2020.

Warangal was second on the list with more than 1,800 people fined in these two weeks. Also, the number of people who were fined in the district rose by around 67 per cent between 13 and 19 May. 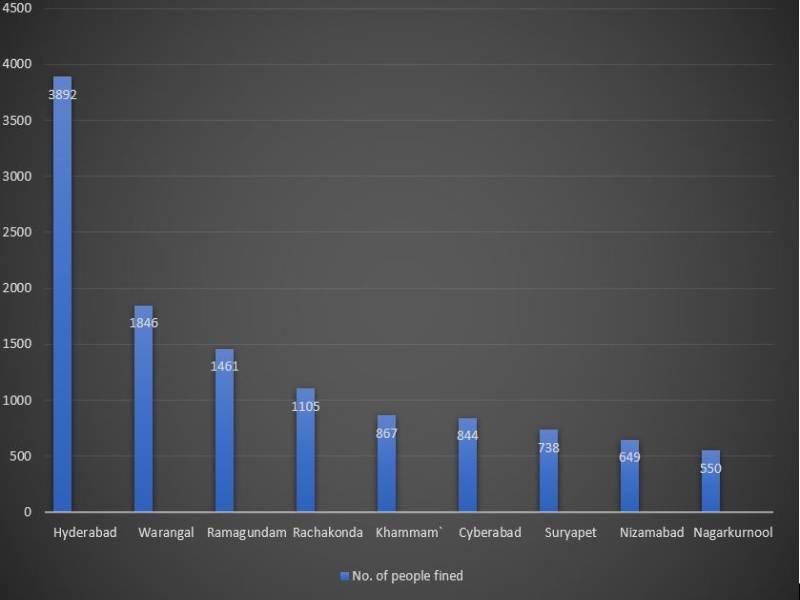 Meanwhile, over 1,461 people in Ramagundam in Telangana's Peddappalli district were fined for not wearing masks while stepping out of their homes. In the first week, i.e. from 7 to 13 May, 472 people were fined. The numbers increased to 1,461 in the second week. In Rachakonda commissionerate, 1,105 were penalised in the two weeks.

Wanaparthy and Narayanpet districts saw the least number of cases, with just four and 31 people getting fined during past two weeks.