Hyderabad: More than a thousand Indian students of the Asian Medical Institute, Kyrgyzstan, are stranded in the country due to the COVID-19 pandemic. The students who are eagerly waiting to come back home said, they have written to the Indian embassy in Bishkek in Kyrgyzstan but have not received any response.

“The Indian government had decided to evacuate the students studying abroad through the Vande Bharat Mission. Since the pandemic outbreak, we have been stuck here. As asked by the government, we had registered our names for evacuation but we didn’t receive any mail from the Indian Embassy in response. This has happened only to the students of our institute. Many students from other institutes in Kyrgyzstan have already been evacuated. We are still here, suffering,” said a student of the Asian Medical Institute (AsMI). 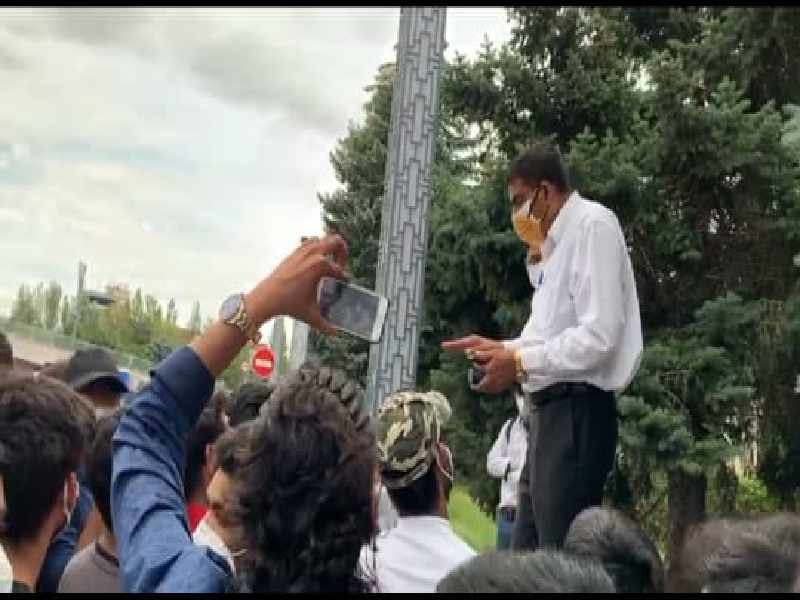 Another stranded student whose name is kept anonymous upon request, told NewsMeter that initially they were told there were two flights to the Telugu states. Later, they were told there was only one flight departing at 6 a.m on 10 July. "But then we were told that they had not received permission from the Telangana government and the flight was rescheduled for 4 p.m. The students were asked to come to the airport by 11 a.m. After waiting for around 10 hours, we were sent back saying that we did not have the permission. They said they will talk to the embassy. We stood outside the airport for nearly 10 hours without food or water."

Another student from AsMI, who hails from Andhra Pradesh, told NewsMeter, “Now, a viral fever has spread across Kyrgyzstan. We don’t know if it is the corona virus. If it is, then they must send us to India."

The student had many unanswered questions. "Why aren't they sending us to India as soon as possible? Why are they giving us false hopes then cancelling the flight after taking money from us? What if someone falls sick and dies? We are stuck here. Please help us to get back to India.” Meanwhile, the parents of the stranded students are worried and seeking Central intervention. Sridhar, the father of a student stuck in Kyrgyzstan, said, “My daughter is studying there (in Kyrgyzstan). We are worried about her. We want the state and Central government to help bring our children back home. We have sent a representation to G. Kishan Reddy, the Union minister for state for Home Affairs. He has assured us of help."
Next Story