Visakhapatnam : Panic gripped the people after thick smoke started billowing from HPCL’s Visakha Refinery here on Thursday. The incident came close on the heels of a styrene gas leak from LG Polymer that left several people dead in Vizag. However authorities said there is no threat and the situation is under control.

Residents living in the vicinity of the industrial facility made frantic calls to disaster relief agencies after heavy smoke rose to the skyline. “We don’t know what happened exactly. A video clip of the incident is spreading like wildfire. We saw it and got panicked,” said Phani Kumar, a resident of Malkapuram. 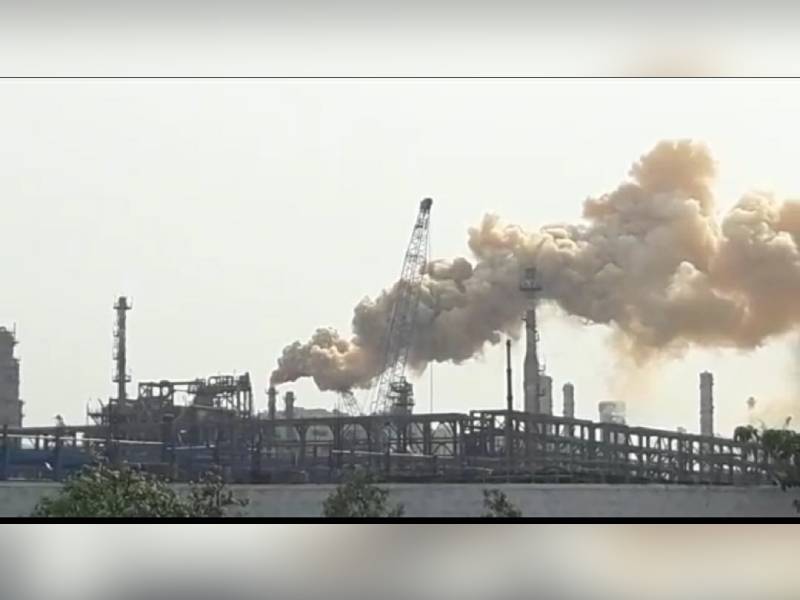 HPCL, Visakha Refinery, in an official release, stated that the incident took place around 3.10 pm when the thick smoke from one of the stack released due to momentary imbalance in combustion. As a result of which, excess smoke comes out along with steam. It was controlled within 3-4 minutes following a normal operating procedure.

The PSU also claimed that the smoke is normal flue gas with steam indicating that it is not harmful.

"The smoke was due to temperature fluctuations and was brought under control immediately. There is no need for an investigation into it," HPCL spokesman said.

Visakha Refinery was one of the first major industries of Visakhapatnam on the East Coast. After the nationalization, HPCL has transformed itself into a Mega Public Sector Undertaking and it is the second-largest integrated oil company in India.