Vijayawada: A six-year-old boy got trapped in the gap between walls of two adjacent houses at Bhavanipuram Colony in Vijayawada city on Saturday. He was rescued by the police and others after struggling for nearly an hour.

The police said that the boy, Ch. Niranjan, was playing near his home on Saturday. When he tried to hide, while playing a game with others, he fell in the gap between the two houses. On hearing his cries, Niranjan's parents rushed to the place and called the police for help. 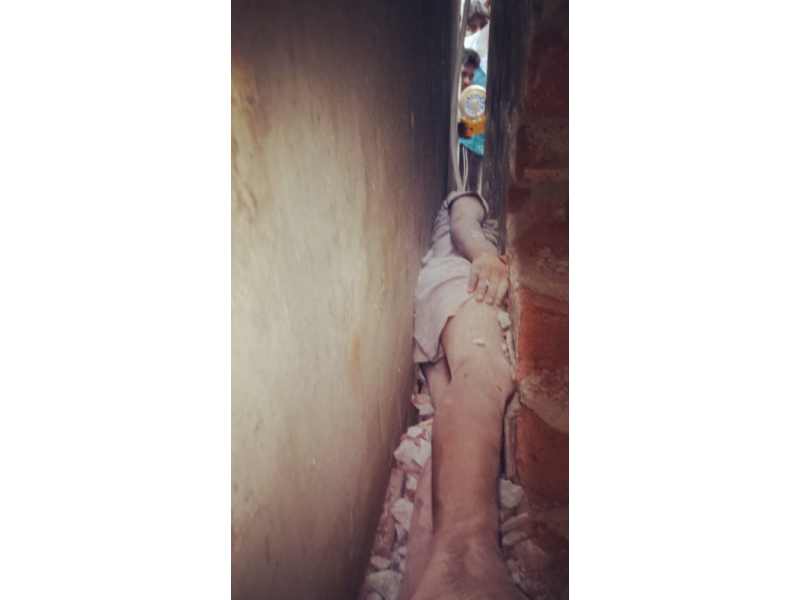 The Bhavanipuram police, led by SI Kavitha and head constable Srinivasa Rao, rushed to the spot to launch the rescue operation to save the boy who was struggling due to suffocation. The police, with the help of a few others, demolished a portion of a wall (bottom part of it) and pulled out the boy.

SI Kavitha said that after locating the position of the boy, we drilled the wall and demolished a portion of it carefully and rescued the boy without hurting him.

The police suggested that the house owners cover the gap on the terrace to avoid recurrence of such incidents.