Hyderabad: Makers of Allu Arjun and Pooja Hegde-starrer Ala Vaikuntapuram Lo, on Children’s Day, released the teaser of OMG Daddy. It is a new single from the upcoming film, which is slated for release on January 12, on the eve of Sankranti. The film has music by SS Thaman, and the music composer shared the teaser on his Twitter handle. He wrote, “And Here it is our super cool. #hippO #OMGDaddy #OMGDATTACK #AlaVaikunthapurramuloo #AlaVaikunthapurramuloothirdsingle My love & respect to @alluarjun gaaru #trivikram sir @GeethaArts @haarikahassine from nov 22. (sic)”

The teaser has been trending on social media sites not for Allu Arjun or Thaman’s music, but for two special guests, who stole all the limelight. Allu Arjun’s kids Allu Ayaan and Allu Arha also feature in song’s teaser. The song is called OMG Daddy, and it is about what kids have to say to their father. Therefore, the makers found it special to release the video on Children’s Day. 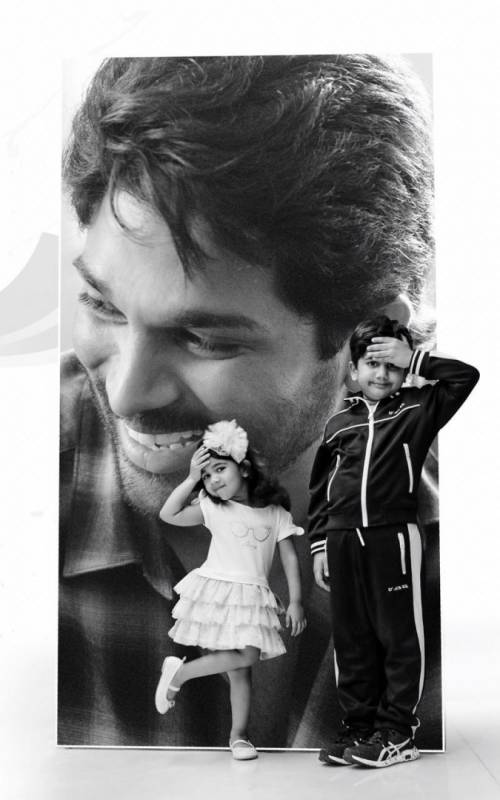 Fans of Allu Arjun and general audiences are going gaga over the cuteness of Ayaan and Arha. Both kids have performed well in this short video. Arjun and his wife Sneha Reddy often share photographs of their little ones on social media, and the number of fans these two kids have is enormous.

Besides, Allu had already shared videos of Arha playing with him and reciting his dialogues. These two star-kids are more popular than their father is.

Also Read
Due to a lack of scripts that suit their age, senior Telugu actors’ rely on nothing but remakes