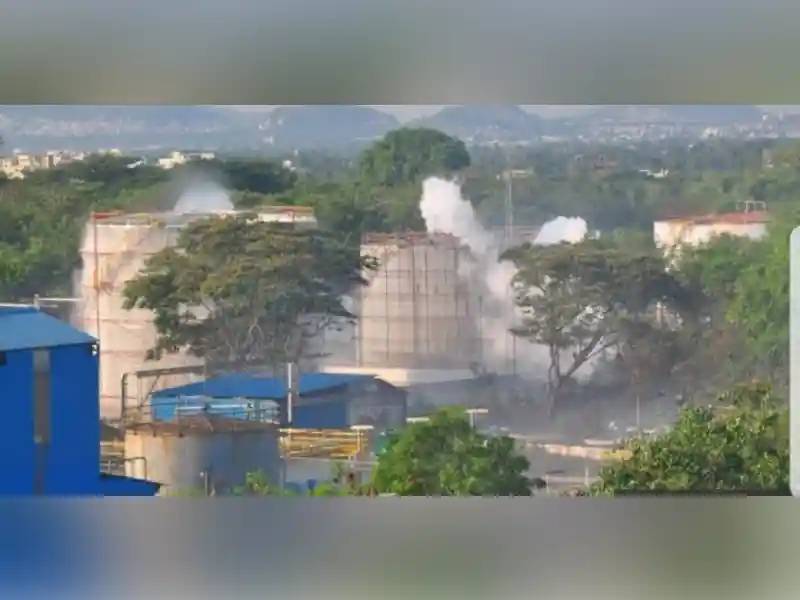 In its report, the committee has observed that the poor design of the tank of styrene gas, inadequate refrigeration and faulty cooling system, absence of circulation and mixing systems, inadequate measures and parameters, poor safety protocol, poor safety awareness and total breakdown of the emergency response of the procedures were the root cause of the major mishap.

Leakage of styrene vapour from LG Polymers Private Limited has led to the death of 12 people, including two children, and over 600 people were hospitalised with various ailments on May 7.

The chairman of HPC, Neerabh Kumar Prasad, also observed that the inadequate risk assessment response, poor process safety management system, slackness of management, insufficient knowledge among staff, insufficient knowledge of the chemical properties of styrene, especially during storage conditions and non-observance of the safety protocol by the authorities during the lockdown period were other reasons for the tragedy. The committee has also observed that the alarm system was not used despite there being a total of 36 activation points, including one at the factory gate. Using the alarm could've alerted the people in the vicinity.

The committee also observed that the factory has absolutely no stocks of inhibitors and negligible stocks of terminators which could've been used to minimise the impact of the accident, if not neutralise it.

The AP government has accepted the report submitted by the Chairman and ordered that the report should be placed in public domain for people to access.

The Director-General of Police D. Gautam Sawang told newsmen in Vizag that the police would initiate action against the management of the LG Polymers based on the report of the HPC on the tragedy in Vizag.

Abdul Rafeeq is a media student who is currently interning with NewsMeter. He has worked as a copywriter with Artrix Technologies in the past.