Amravati: Public Policy experts at India’s think tank, NITI Aayog, have opined that even with Andhra Pradesh performing high per million population tests for COVID-19, it still needs to be ramped up. As per Urvashi Prasad, the state currently has 12 districts that fall into the list of top 30 districts with highest Covid positive cases.

As per Urvashi’s analysis, this means that the infection has spread across the state. AP has a total of 13 districts.

Further, Guntur, Kurnool, East Godavari, and Chittoor are in the list of top 30 districts of the country that have the highest number of deaths. However, AP’s fatality rate is still ranked below one percent.

The total deaths per million population in the state, as per the expert, are 65. This figure is also above the national average of 44.

“AP is one of the best performers when it comes to testing. However, the cumulative positivity rate of the state is currently around 7 percent, and it should be brought down to 5 percent,” she said.

On August 25, the positivity rate in the state was 15 percent, which indicates that tests need to be increased even further to keep pace with the spread of the infection. 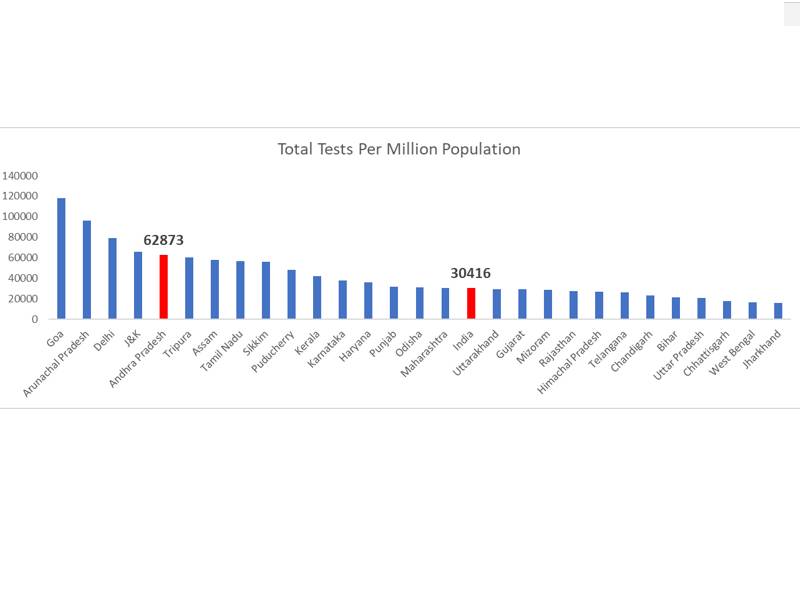 “AP’s cumulative fatality rate is thus far lower than 1% which is good. The focus should be on maintaining a low fatality rate. This can be done through home isolation of asymptomatic individuals equipped with pulse oximeters as well as timely hospitalization of patients with moderate or severe symptoms,” Urvashi said. 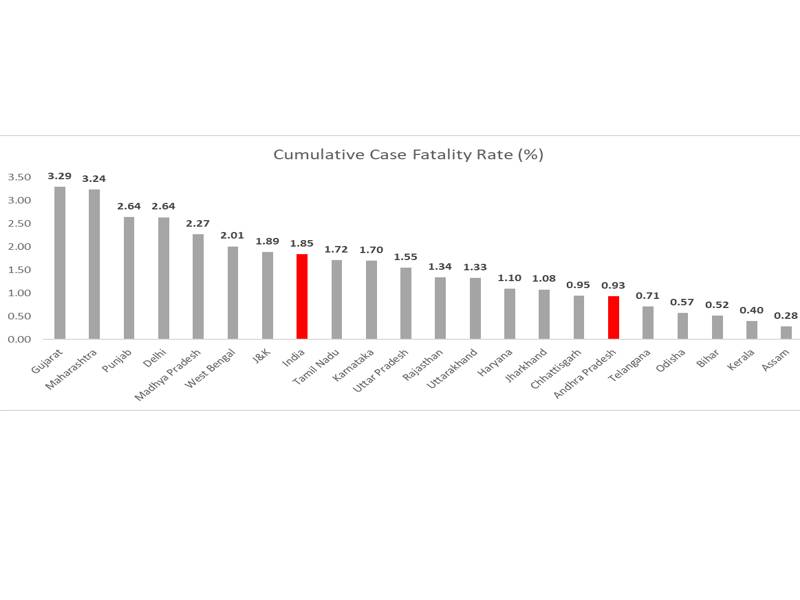