NewsMeter Network
Elpaso(Texas): A shooter believed to be a white supremacist has killed 20 people in a mass shooting incident in Walmart store in El Pas in Texas of United States on Saturday.
El Paso Police Department Chief Greg Allen said that in addition to the 20 confirmed deaths around 26 people were injured. The shooter has been identified as 21-year-old Patrick Crusius from Allen, a white male supremacist. He had written a manifesto before the mass shooting in which he stated his act is in “response to the Hispanic invasion of Texas.”
Armed with an assault rifle Patrick was taken into the police custody after the shooting. In the surveillance cameras, it was found that the shooter was wearing cargo pants. Black T-Shirt, Yellow tinted tactical glasses and shooting earmuffs.
Investigators said that forensic examination of shooter's manifesto showed it was created around 1 am, uploaded around 9 am on Saturday, two hours before shooting at the mall. The manifesto read" In general, I support the Christchurch shooter and his manifesto. This attack is a response to the Hispanic invasion of Texas"
Texas Land Commissioner George P Bush termed the incident as 'white terrorism".

Soon after El Paso shooting protests broke in front of White House and nearby places in US capital Washington DC against gun violence.
US President Donald J Trump tweeted, "Today’s shooting in El Paso, Texas was not only tragic, but it was also an act of cowardice. I know that I stand with everyone in this Country to condemn today’s hateful act. There are no reasons or excuses that will ever justify killing innocent people. Melania and I send our heartfelt thoughts and prayers to the great people of Texas,"

University Medical Center of El Paso in a press statement said that it has received 13 patients related to mass casualty shooting in El Paso. The shooting was reported at around 10.39am.
"Two children have arrived and were transported to El Paso Children’s Hospital. Patients are currently being treated by surgeons and specialists at UMC, joined by physicians and staff from Texas Tech Physicians of El Paso and El Paso Children’s Hospital. Families of victims are arriving at UMC and are being assisted by UMC staff and counselors. “This is a tragedy and we are doing everything possible to treat and care for the victims and assist their families,” said Jacob Cintron, UMC President & CEO.
Texas Governor Greg Abbott.in a statement on El Paso shooting said, "Today, the El Paso community was struck by a heinous and senseless act of violence. Our hearts go out to the victims of this horrific shooting and to the entire community in this time of loss. While no words can provide the solace needed for those impacted by this event, I ask that all Texans join Cecilia and me in offering our prayers for the victims and their families,"
The governor Greg said, "The state of Texas and the Department of Public Safety are assisting the El Paso Police Department as they conducted their investigation. We have deployed troopers, special agents, Texas Rangers, tactical teams and aircraft to the scene in a support role. The State of Texas will do everything it can do to ensure justice is delivered to the perpetrators of this heinous act,"
US Senator and Presidential candidate Bernie Sanders said, "Multiple news organizations have reported the gunman shared a racist, anti-immigrant manifesto. If true, let us be clear: this would be yet another white nationalist domestic terror attack. We must treat this violent racism like the security threat that it is. That means investing in law enforcement resources to combat the growing population of white nationalists who are engaging in violence. ,"
Crusius’ Facebook page was deleted after the shooting. A Twitter account under his name has not been confirmed to belong to him. It was also deleted after the shooting.
The Facebook page of Patrick was taken down after the incident. Federal Bureau of Investigation El Paso has asked the general public who has taken videos or pictures of shooting to be submitted to http://www.fbi.gov/elpasoshooting. 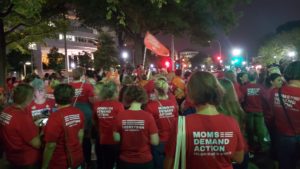 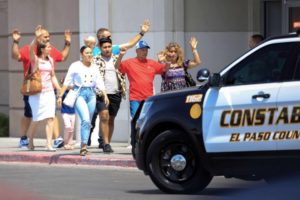 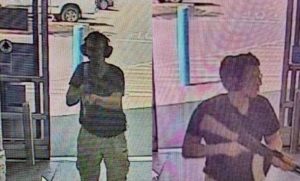 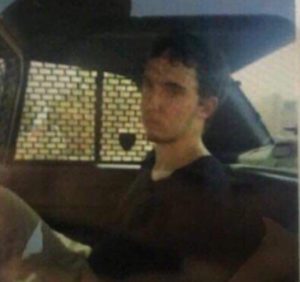 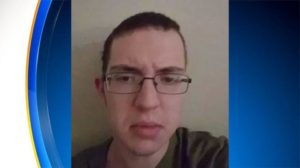