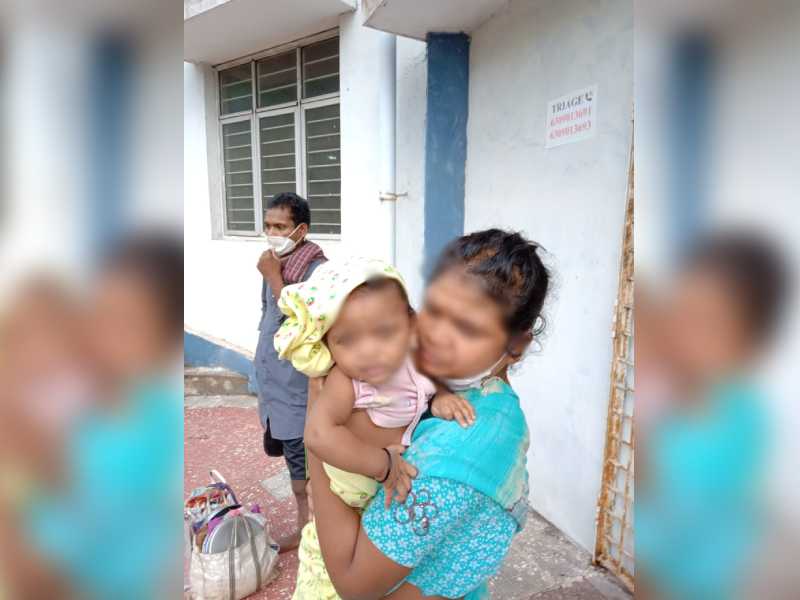 Visakhapatnam: Smiles have returned on the faces of doctors after a four-month-old COVID positive patient was declared infection-free and discharged from the VIMS Hospital in the Vizag city in Andhra Pradesh, on Friday.

Hailing from a tribal hamlet under Rampachodavaram Mandal in East Godavari district, the baby has become the youngest patient to test positive for COVID-19.

The boy was put on ventilator after he was admitted to VIMS Hospital in a critical condition on May 25. A core team of doctors including pediatricians, pulmonologists, and physicians was formed to treat the youngest COVID patient.

Vizag District Collector V Vinay Chand and Director of VIMS Hospital Dr. V Vara Prasad said the case was a challenge for the doctors. “We took extreme precautionary measures. We are happy that the boy has recovered,” they said. The boy's mother T Lakshmi expressed happiness over the recovery of her son.

Earlier, Krishna district witnessed the recovery of a nine-month-old baby.