AP COVID-19 cases on the rise in Prakasam, Chittoor, and Srikakulam districts

Hyderabad: With a rapid increase in COVID-19 cases, Andhra Pradesh is inching close to the 5 lakh mark of positive cases in the state. On September 5, over 10,000 cases were reported in the state, taking the tally to 4,84,436, as per the official website of Andhra Pradesh Health Medical & Family Welfare department.

As per NITI Aayog experts, three districts in particular are reporting a high number of cases- Prakasam, Chittoor, and Srikakulam. Public policy expert with the think tank, Urvashi Prasad, states that the growth of COVID-19 cases in AP is higher than the national growth rate.

However, the five-day average growth rate of COVID positive cases has been higher in AP (2.4 per cent) than the national average of 2.1 per cent. 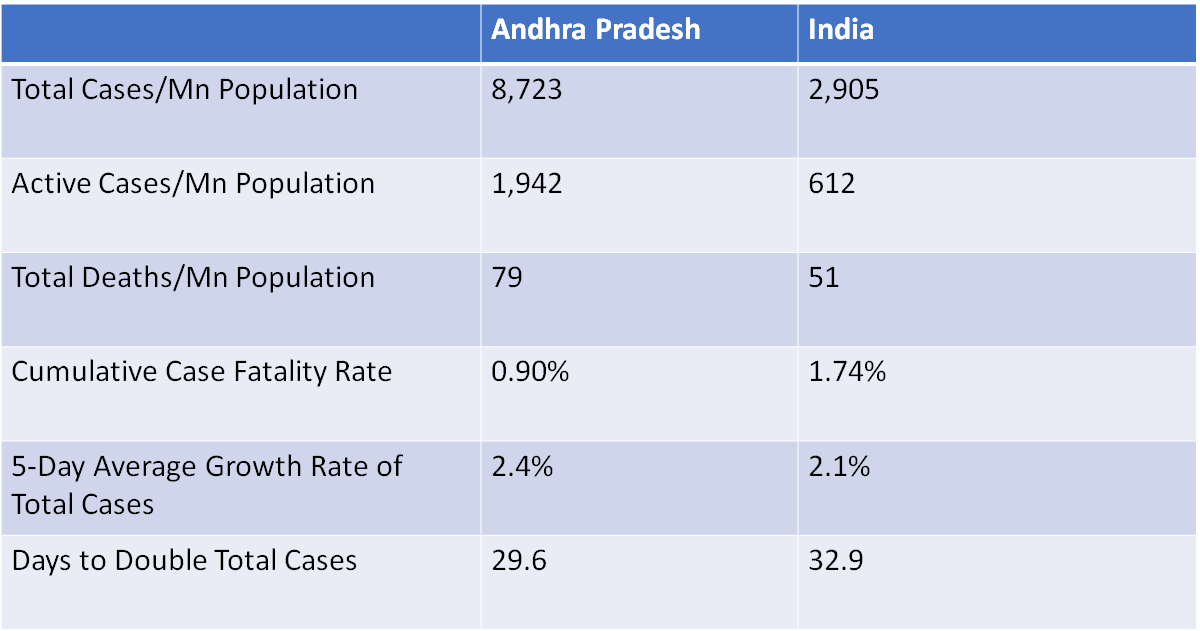 It also took approximately two days less for the cases to double in the state. In AP, the COVID cases increased two folds in 29.6 days, while nationally it took 32.9 days.

Summing up the daily test per million population for AP as 74,277, it was analysed that while the number is much higher than the national average, it is resulting in a test positivity rate above 15 per cent. Prasad further commented that the test positivity rate needs to be brought down below 5 per cent, for which health officials should engage in further increasing testing. India's tests per million population were reported to be 38,056. 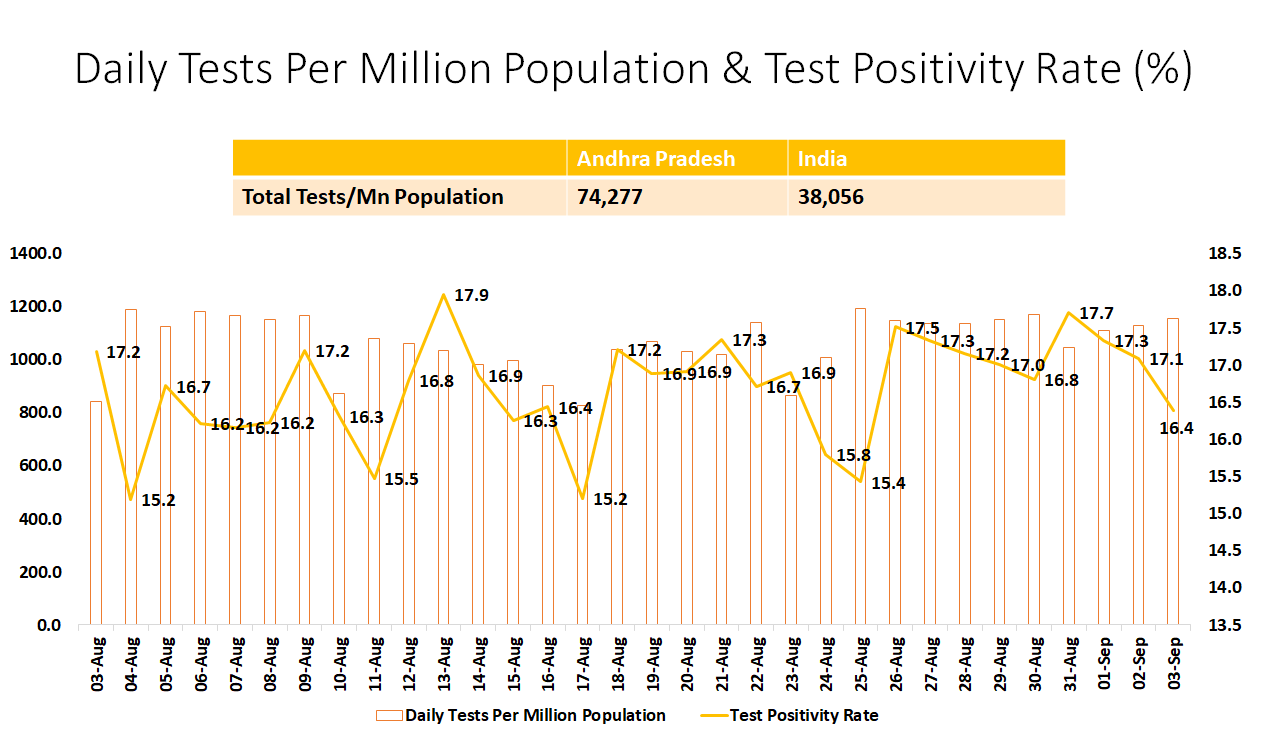