Amaravati: Andhra Pradesh has the second-highest number of Covid-19 active cases in the country with the total tally at 76,377, according to the figures released by the Union Ministry of Health and Family Welfare. Maharashtra tops the tally with 1,47,324 Covid-19 active cases. The total tests per million is 38,685 which is double than 17,281, the number of tests being done per million population in other countries.

Test positivity rate is 7.7 per cent in the state while that of India is 7.8 per cent.

According to Urvashi Prasad, Core Team COVID Empowered Group, Government of India, “even when the number of tests is more, the test positivity rate should go down to 5 per cent so that the transmission will be stable.”

The case fatality rate is less than 1 per cent, as compared to that in other countries, which is at 2.2 per cent. “Most hotspot districts have a CFR around or below 1% currently, which is good, except in Krishna district where the CFR is 2.3%, as of now,” said Urvashi Prasad. 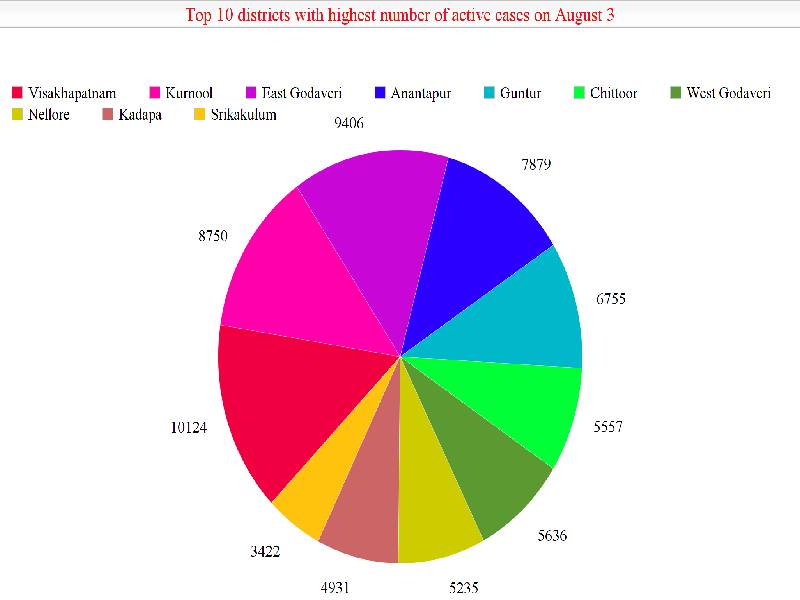