Around 60 percent of COVID-19 patients in Telangana discharged: Report

As of May 23, Telangana has 696 active cases of COVID-19, amounting to 38 percent of the total cases in the state. Meanwhile, with one death reported on Saturday, the total number of COVID-19 deaths in the state has reached 49.

Most number of migrants, foreign evacuees from Yadadri district

With several restrictions being lifted during the fourth COVID-19 lockdown, migrant labourers have been arriving in Telangana in large numbers. The same goes for foreign evacuees, with several citizens from foreign countries, landing in Hyderabad international airport and moving to their home-towns. Data provided by the state’s health bulletin revealed that Yadadri-Bhuvanagiri district reported the most number of migrants and foreign evacuees, among all districts in the state. Out of the 119 migrants/foreign evacuees who reached the state, 35 of them belong to Yadadri. Yadadri is closely followed by Jagtial and Mancherial, both of which had a substantial number of migrant/foreign evacuee population, compared to the other districts. 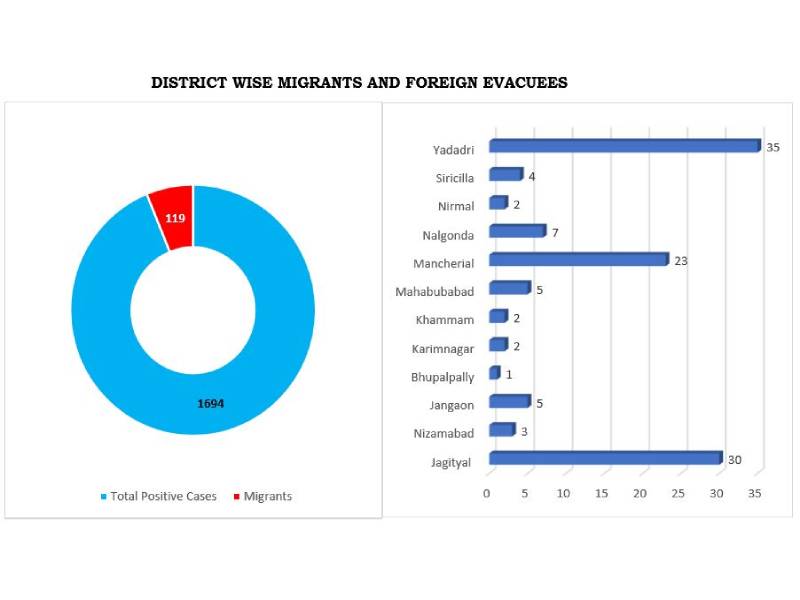