Hyderabad: In a horrific accident, a student of Bhashyam High school at Habsiguda was killed and three others injured near the busy Uppal Ring road at Hyderabad on December 31. The deceased student has been identified as Avnath Kumar. Three more students were also injured in the accident. The mishap occurred when a speeding sand lorry rammed into the auto-rickshaw the students were travelling in, on Tuesday morning.

As the lorry rammed into the auto-rickshaw at a high speed from the rear, the auto-rickshaw was crushed under the lorry and a student was also crushed to death on the spot. The accident spot depicted a gory scene with blood spilled all over and the crushed body parts of the students scattered around. Their books and tiffin boxes were also spread around the spot. The cries of the students shouting for help and wailing of parents of the victims for their children filled the space.

Police found that all the students belonged to Uppal, and were studying at Bhashyam High School, Habsiguda branch. When their vehicle reached the Gopal X road, the lorry coming from Nagole and moving in the same direction, hit the auto-rickshaw from the rear. The lorry driver fled from the spot after the accident.

Uppal police registered a case and shifted the bodies for postmortem. 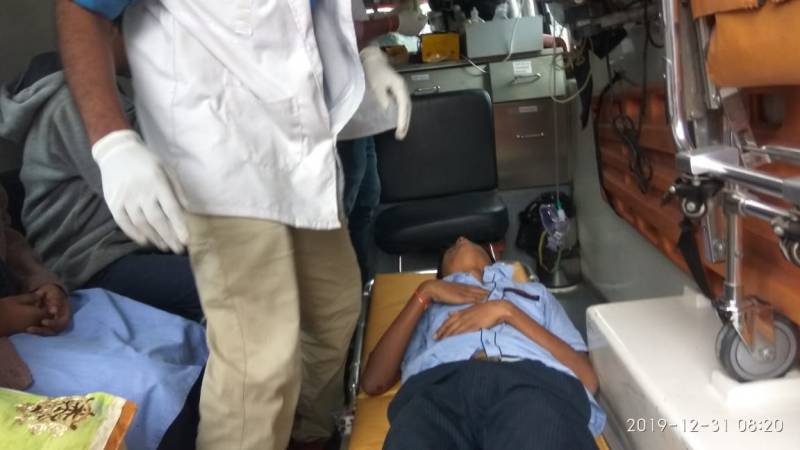