Hyderabad: The perennial trouble maker on Bigg Boss 3 Tamil, Vanitha Vijayakumar, was at it again on the latest episode of the show which aired on Monday.

She was seen arguing with everyone and pointing fingers at all the men in the house. Interestingly, her actions were trolled instantly on social media.

She was the only contestant who returned to the house after being evicted via popular vote. After her re-entry, she has been bringing up prior issues one after another. This was one of the major reasons for Abirami Venkatachalam's exit. 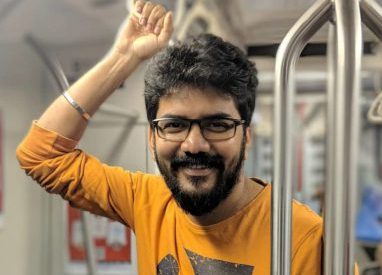 When the show began yesterday, Kavin nominated Cheran which caused a lot of trouble. A boisterous Vanitha wanted an explanation and when Kavin replied that he was an achiever in life and want youngsters like Tharshan and Mugin to win, she went on a rampage. She began raising the topic of Kavin's romantic trysts with other contestants. Adding fuel to fire, Sandy nominated Kavin and broke into tears. Seeing this distressed Vanitha who instantly wanted Sandy to stop crying. This again provoked chaos in the Bigg Boss house.

Vanitha continued to tease Tharshan because of Kavin sacrificing his place to help him win. Relentlessly, Vanitha added one charge after another against the boys in the house, much to the silence of Cheran, a mute spectator.

Interestingly things are expected to take a turn when the contestants Mohan Vaidya, Sakshi and Abirami who were evicted make their return to the house as guests.

A section of the audience even blamed the channel for stooping to new lows for TRP.