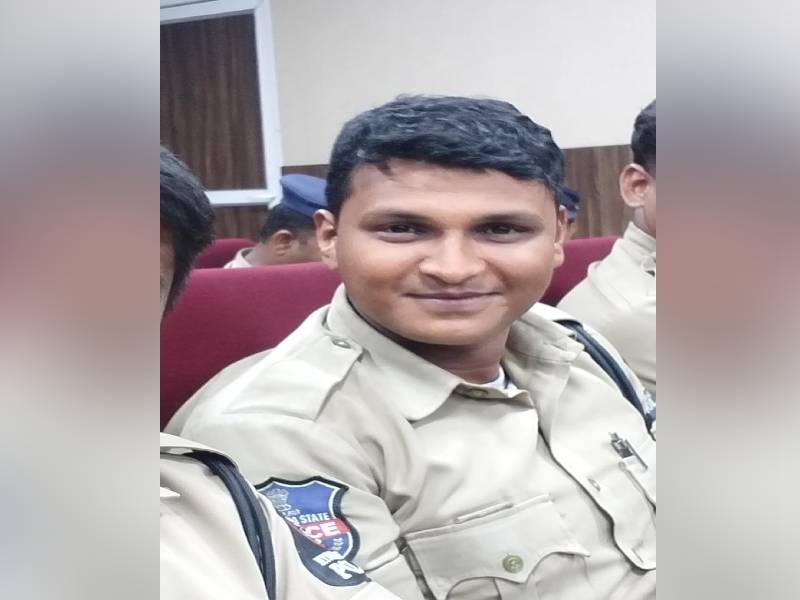 Hyderabad: A police constable posted on COVID 19 duty at Gandhi hospital died of a heart attack. Constable Ampolu Kranthi Kumar Bowenpally police station of Hyderabad was all set to celebrate his 28th birthday on September 3.

Hailing from Borabanda, the 2004 batch constable is survived by parents, wife and two children below five years of age.

He was one of the personnel from the police station posted on COVID 19 duty at Gandhi hospital. Sources said he was on a night shift on Wednesday.

He was reportedly manning the main entrance of the hospital when he complained of uneasiness in the chest. He informed his colleagues who immediately alerted superiors and the family members. He was rushed to NIMS where he was declared brought dead. Preliminary report suggests that he died of a heart attack. However, a detailed examination would confirm the exact cause of the death, officials said.

It was also confirmed that he was not affected with COVID 19 and was regular to duties since the lockdown started in March 2020. In the recent past also, at least five police personnel working in different parts of the city died in similar circumstances.