Hyderabad: The revenues under several heads in Andhra Pradesh were declining in the current 2019-20 financial year. According to the latest data, the total revenue was Rs 98,790 crore for eight months of the current fiscal as against the Rs 108,700 cr in the previous corresponding period.

On the other hand, government expenditure is mostly about operational cost, repayment of debt and interest, welfare schemes, etc. The capital expenditure — the benchmark index of economic development — on irrigation projects and other revenue churning sources is minimal. The government allocated only Rs 4,700 cr for capital expenditure, which was Rs 15,224 cr in the previous corresponding period.

The overall drop of Rs 10,000 crore in the first eight months of the current fiscal puts pressure on the exchequer. Moreover, the salaries to government employees and pension payments account for the lion’s share in the total revenues. The AP government spent Rs 35,000 crore on just wages and pensions. After the amount of interest on debt and subsidies, most of the outgo was because of revenue expenditure. The total revenue expenditure is hovering at Rs 89,000 cr, including Rs 45,000 cr spent on social welfare schemes. The AP government spent Rs 47,000 cr on welfare schemes in the previous fiscal.

Generally, capital expenditure concerns erupt over budget estimates. However, the government is in a situation that it can’t spend as per the forecast, observes an economist.

The revenue deficit, as per the initial Budget estimates, is Rs 1,778 crore, but it already reached Rs 25,141cr in the first eight months of the current fiscal. The state economy has already reached the budgetary deficit estimated for the entire financial year. 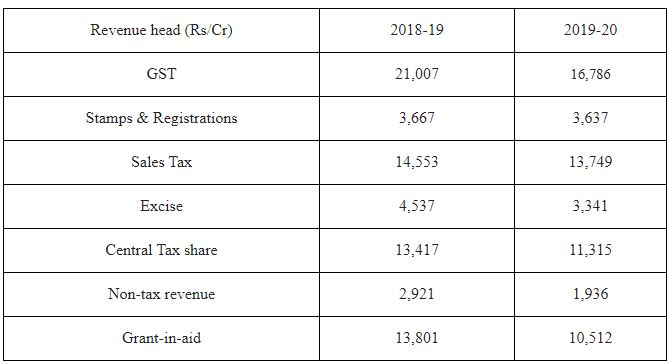