By Newsmeter Network Published on Sep 4, 2019 at 9:04 am
Share On:
Hyderabad : As many as five bikes parked in the parking lot of an apartment building at Vanasthalipuram were torched by unidentified miscreants late on Monday night. The act was recorded by CCTVs installed in the apartment parking lot. Police suspect that the miscreants under the effect of alcohol torched the bikes. 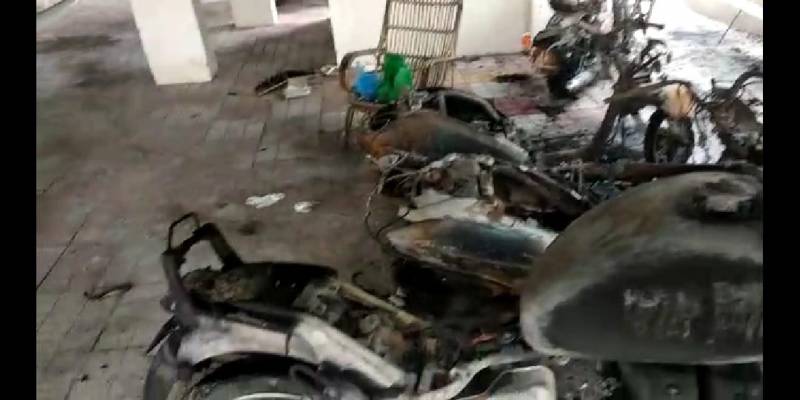 According to police, the bikes were parked in an apartment parking lot in Chitraseema colony under Vanasthalipuram police limits of Rachakonda commissionerate in the city. On Tuesday morning, the bikes were found in ashes. Rachakonda Police have registered a case and started investigations.

Fact Check: Viral post claiming that a total of 6 massive explosions occurred within 24 hours is MISLEADING

For 2 hrs, I sat at the window fearing for my life: Vijayawada fire mishap survivor