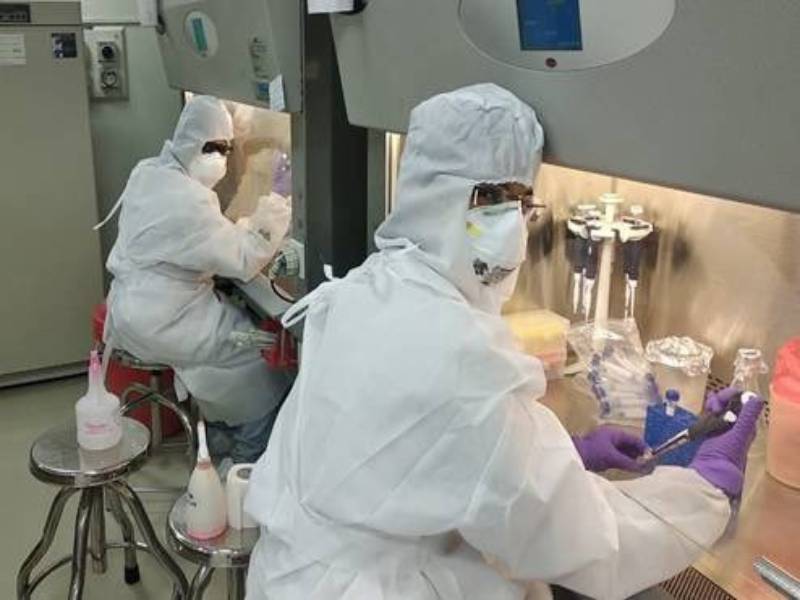 Hyderabad: In a startling revelation, Hyderabad as on 19th August has 2.6 lakh COVID active cases and 6 percent of the city's population might have been infected by COVID including asymptomatic, symptomatic and recovered patients, concluded a study done by Center for Cellular and Molecular Biology. While it is pertinent to mention that according to the Telangana health bulletin, the total number of COVID positive cases stands at 95,700.

The researchers at CCMB studied the sewerage/ waste water samples collected across Hyderabad with an intent to provide an overall estimate of the situation in a window of one month. 'Individuals who are infected by SARS-CoV-2 shed virus not only through nasal and oral routes but also through faeces. The SARS-CoV-2 in sewage samples is non-infectious, thus making sewage samples suitable for epidemiological studies," said the researchers. According to the researchers, Of the 1800 million litres water used daily in Hyderabad, 40% is processed at different sewage treatment plants (STPs). Keeping this in mind, the Council for Scientific and Industrial Research(CSIR)-CCMB and CSIR-Indian Institute of Chemical Technology (IICT), jointly harvested the sewage samples to estimate the number of potentially infected individuals in the city.

The study which covered about 80% of the STPs in Hyderabad, revealed that there are around '2 lakh' people who are shedding viral materials. 'Since only 40% of the Hyderabad sewage reaches STPs, this data can be used to extrapolate the overall number of potentially infected people, which turned out to be approximately 6.6 lakhs, (6.6% of the city’s population). They include symptomatic, asymptomatic, and also recently recovered individuals in a time window of about 35 days. A conservative estimate of the number of active cases who are shedding the virus may be around 2.6 lakhs" the study concluded. 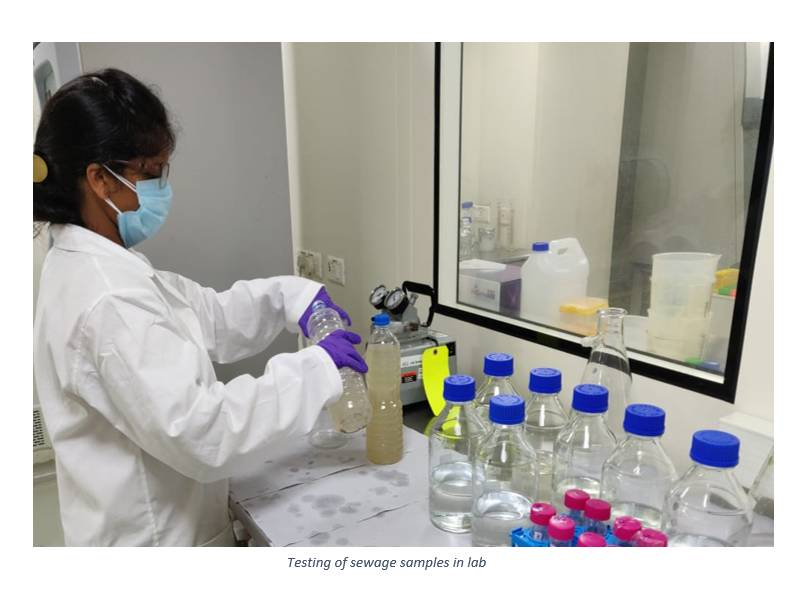 #longthread
With @csiriict we did a study from 10 Sewage Treatment Plants (STP) and a gated community in Hyderabad to look for SARS-CoV-2 RNA. These STPs get 40% of sewage in the city. We estimated viral load in those samples using RT-PCR. https://t.co/JDRMSgOMSO@CSIR_IND
1/n

Speaking of the same Dr. Rakesh Mishra, Director, CCMB explained. “Our finding clearly indicates that a large proportion of the affected individuals are asymptomatic and did not need hospitalization. This is also in agreement

with the observation that hospitalization rush or mortality is way lower than otherwise expected with such a large infection rates at a given time.

The Director further added, "It explains why our healthcare system has been able handle reasonably well the situation during the pandemic. Such studies if carried out in coordination with civic bodies to identify the hotspots in the city and monitor the dynamics of the infection rate can assist the system in taking necessary measures.

Those involved, collected sewage samples from major STPs, this waster was processed for detecting presence of SARS-CoV-2 viral RNA. Researchers found that while viral RNA is detectable in the inlet samples, the outlet (after treatment) samples of STP were largely clean (free from viral RNA) thus, indicating efficient treatment practices at STP.