VISAKHAPATNAM : An Indian Coast Guard (IGC) ship that was off the Visakhapatnam coast caught fire on Monday following a loud explosion. The crew were forced to jump into the sea to save themselves. According to the IGC officials, a fire broke out on the IGC Offshore Support Vessel Coastal Jaguar on Monday at around 11.30 am. Videos released by the IGC of the incident, showed the ship up in flames and thick black smoke emitting from it. In the video crew members of the IGC’s ship ‘Rani Rashmoni,’ which was in the area and was diverted for rescue operations can be seen throwing lifebuoys to their comrades swimming in the sea.

According to preliminary reports, of the 29 crew members 28 were rescued and officials have been on the job to rescue the missing person. As it was a major fire a helicopter (IGCS C-432) was also pressed into service for rescue operations.

Police sources said that, one person died in the accident and seven suffered injuries, but have yet to confirm the death. It is being alleged that the fire on the ship occurred due to an electrical short circuit. 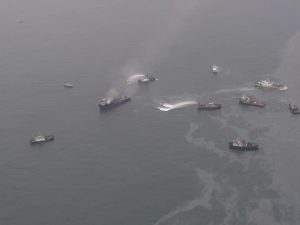 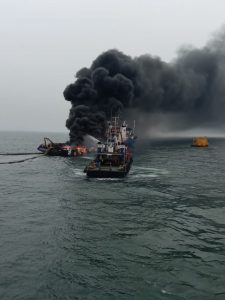 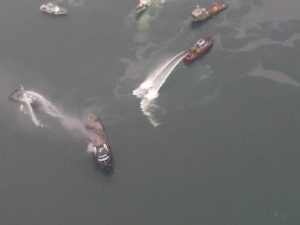 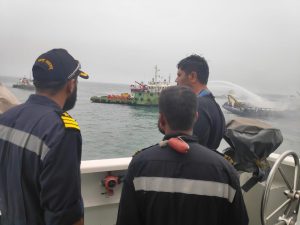 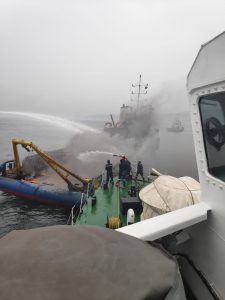 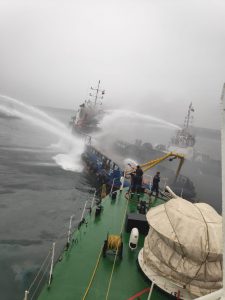