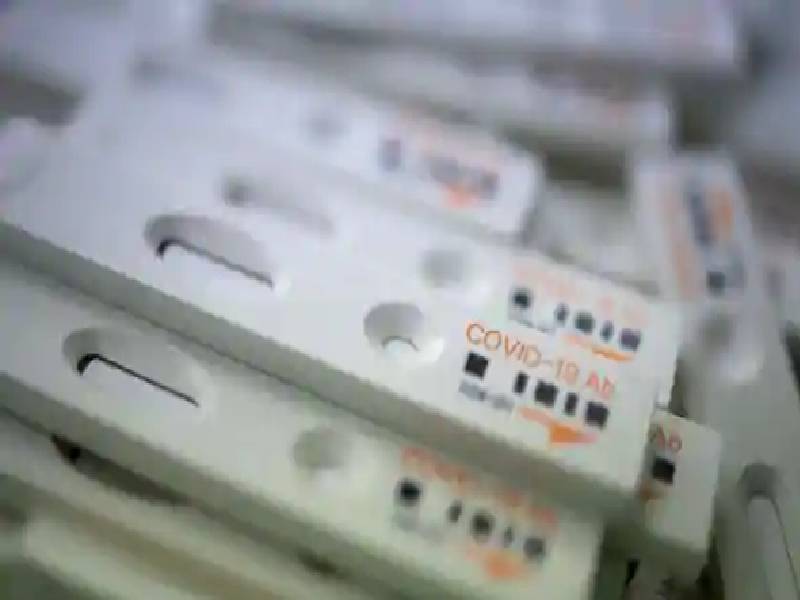 Hyderabad: Telangana on Friday reported 1,278 new positive cases, taking the overall tally to 32,224 in the state.

Eight people succumbed to the infection on Friday, taking the death toll to 339 in the state.

Around 10,354 COVID samples were tested on Friday. The positivity rate came down to 12.34 percent.

On Wednesday, the government announced to use Rapid Antigen Test (RAT) kits for quick results. The kits are supposed to give results in 30 minutes. Sources said the increase in the test reports is because of the RAT.

GHMC areas continue to report the highest number of COVID-19 cases. Around 762 new positive cases were reported on Friday, taking the overall tally to 24,710.

The government said of the 12,680 patients, 461 have severe symptoms, 1,701 have moderate symptoms, while 10,518 patients are asymptomatic having mild symptoms.

The government said of the 17,081 beds available, 15, 463 are lying vacant in different government hospitals across the state.

So far 1,51,109 samples have been tested in the state. The number of active COVID-19 cases in the state now stands at 12,680. Telangana is still among the lowest sample testing state with only 4060 samples being tested per million population.