Cricket: Virat Kohli most followed cricketer on social media, Sachin and dhoni next on the list. Hyderabad: Indian cricketer and captain Virat Kohli has the most number of followers across various social media platforms. He has a total of 107.8 million (10.7 crores) followers across Instagram, Twitter and Facebook, which makes him the most followed cricketer not only in India but across the world. 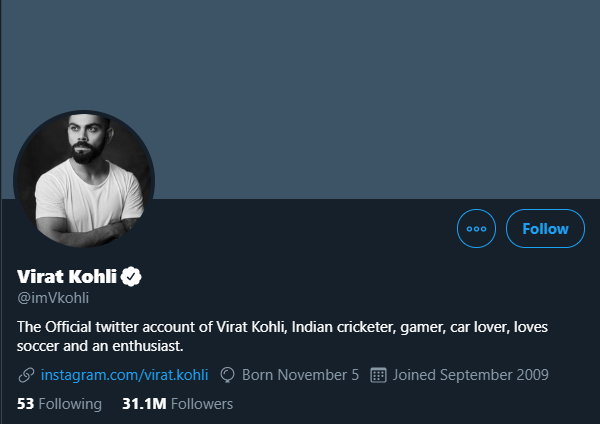 When it comes to cricketers, next on the list with the most number of followers is former Indian batman, the legendary Sachin Tendulkar with a total of 75.1 million (7.5 crores) followers. Following at number 3 on the list is Former Indian skipper and wicket-keeper batsman MS Dhoni. He has a total of 43.7 million (4.37 crore) followers.

This clearly shows how famous and well-known these cricketers are, not only in India but across the world. Their game has brought them an immense amount of respect and stardom, which they very likely deserve.

India will go up against West Indies in a 2 match test series which begins on Thursday.