Hyderabad: Former MP and founding-president of Telangana Jagruthi, Kalvakuntla Kavitha, on behalf of the TRS party on Saturday, donated a scooter specially designed for

differently-abled to Boga Vinay, an engineering graduate, who lost his legs in an accident in 2014.

Vinay, an engineer from Korutla, met with a road accident that severely damaged his legs due to which he was not able to work for 6 years and with the medical bills of his treatment amounting to Rs 18 lakh, his family was also in distress. 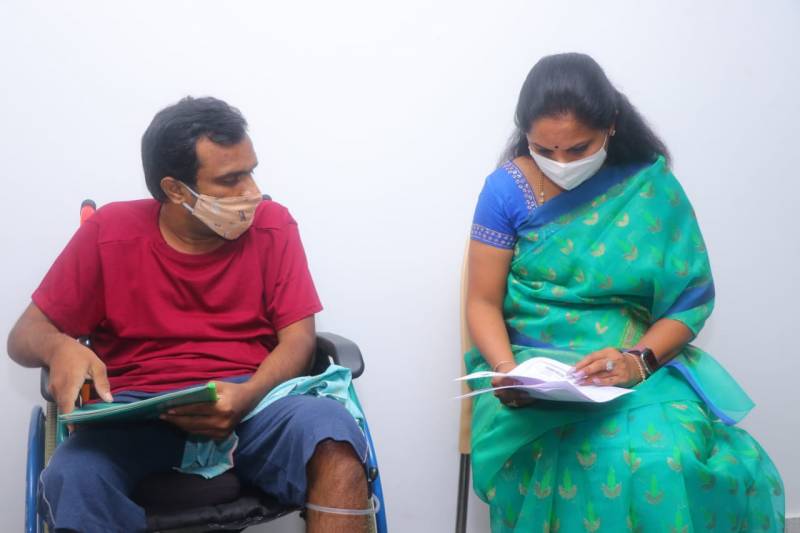 The former MP read about Vinay and his family in a newspaper. Immediately, she reached out to Vinay, spoke to him and assured support from the TRS and herself. " I salute the journey of Vinay and his mother. It is an honour for me to be able to help them. Their persistence as individuals and as a family is an inspiration," added Kalvakuntla Kavitha, Former MP and founding-president of Telangana Jagruthi. The specially designed vehicle was given to Vinay in the presence of his mother in Hyderabad. Korutla MLA Sri Vidya Sagar Rao was also present. Vinay's family thanked the TRS party and former MP for extending support to them.