Hyderabad: A few days back, one of Bengaluru's prominent jewellers, C. Krishnaiah Chetty and Sons posted a picture that went viral on the social media for all the wrong reasons. Being in the business since 1869, they have been claiming that they designed and created some of history's rare and precious ornaments.

On February 2, CKC and Sons shared a post on their Twitter and Facebook handles both claiming that "The Nizam placed orders for the armour of his army made of solid gold. Being the jewellers to the richest ruler of the world, C. Krishniah Chetty made helmets as pictured, crafted at the workshop that employed designers, ivory and ebony carvers, carpenters, silversmiths, goldsmiths & diamond setters at Heritage Building that still functions today, on Commercial Street, then British Bangalore." CIRCA 1920.

The jewellers claim that around 1920, they designed the armour of Nizam's army in solid gold, and that they had the privilege of designing and crafting Nizam army's helmets with the help of many workers, who operated from their heritage building in Commercial Street of Bengaluru, the then British Bangalore.

This claim has drawn flak on social media and most termed it as fake and misleading by many Hyderabadis, especially on Facebook.

The helmet seen in the picture looks like a Greek or Roman helmet with olive leaf wreath etched on it. Olive leaf wreath is typical in Greek mythology, and is a symbol of triumph. It is worn as a chaplet around the head, or as a garland around the neck.

The helmet majorly resembles the Spartan helmets, which have been the pride of Greeks. Even today, modern versions of these helmets are sold online. The Spartan army is known for its bravery and power.

When one searches for the headgear worn by the Nizam's personal army at the time of British Rule, we can see that they wore gear made of cloth decorated with gold and pearls, but never a headgear resembling that projected by CKC and Sons.

Here are some pictures of the Nizam's army during the British rule, which show either a cloth or a British head gear on the soldiers. 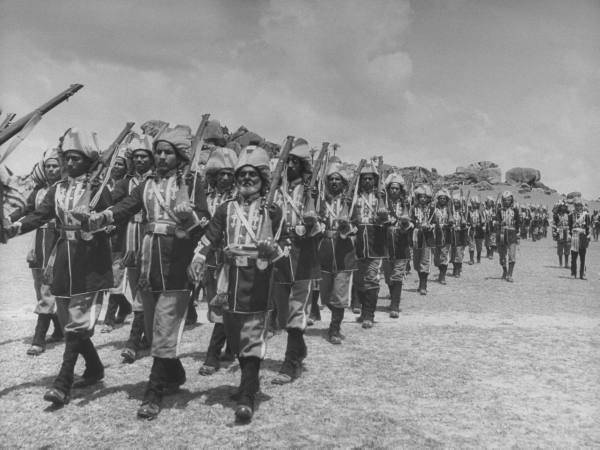 Therefore, the claim made by the Ad shared by C. Krishnaiah Chetty and Sons Jewellers is FALSE. The head gear promoted by the company does not match the headgear used by Nizam's army. This is an ancient Roman helmet used by soldiers, falsely shared by the jeweller to prove their false claim.

Though the claim has been shared on the social media of the company, their website does NOT hold any of these claims, even in the history page.

Hence, the claim made by C. Krishnaiah Chetty and Sons Jewellers that they designed the helmets of Nizam's army is FALSE.