Hyderabad: The unfortunate death of the pregnant elephant in Kerala has triggered a major row across the country.

The unclear details of the case are being used by vested interests to inflame passions, stereotype religions and spread misinformation, etc.

On May 30, Mohan Krishnan, the Section Forest Officer at Kerala Forest Department, Malappuram district posted pictures of an elephant and explained that she died on May 27 at 4 PM, with injured tongue and mouth and standing for hours in the Velliyar river. He claimed that he supervised the rescue operation of the elephant to shift to a hospital, but she was not forthcoming. 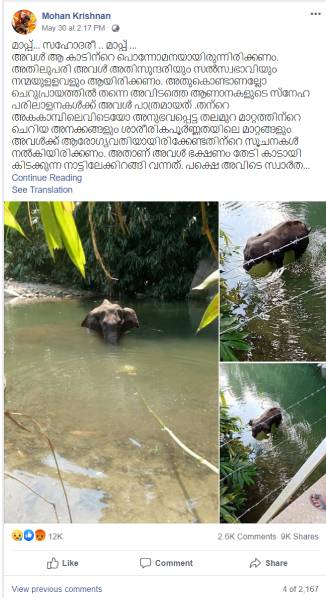 He emotionally wrote that the elephant ate a pineapple stuffed with firecrackers, which was allegedly offered by some locals. The good elephant, which was pregnant, didn't create a ruckus after the explosion but stood calm in the river until she breathed her last.

The media across the country picked up the incident and everyone felt sorry for the fate of the elephant. Kerala Forests and Wildlife Department revealed that the incident took place in the fringe areas of Attappadi in Palakkad district and the elephant belongs to the Silent Valley National Park. The department came to know that the elephant was pregnant only during the post mortem.

Meanwhile, misinformation about the unfortunate incident spread like a wildfire. People including celebrities and politicians believed that the incident occurred in Malappuram, a neighboring district of Palakkad.

However, the early reports of Malayala Manorama published on May 28, stated that the elephant stood still from the morning to evening in the Velliyar Pulha, a rivulet that originates from Thiruvizhamkunnu, and flows through Alanallur and Keezhatoor panchayats. So, social media users claim that the death of the elephant occurred in Malappuram district is FALSE.

Maneka Gandhi, a BJP MP from Uttar Pradesh, made several allegations by wrongly attributing the death of the jumbo to Muslim dominating Malappuram district.

She claimed that about 600 elephants are murdered every year in Kerala, but the local government does not dare to take any action against the culprits.

She said that Malappuram district is known for its intense criminal activity especially with regards to animals.

The local temples and owners of the elephants kill the animals by inserting rusty nails and showing gangrene as a cause of death to claim insurance, she alleged.

She also mentioned that the state government fears to take any action against the people involved in these acts. 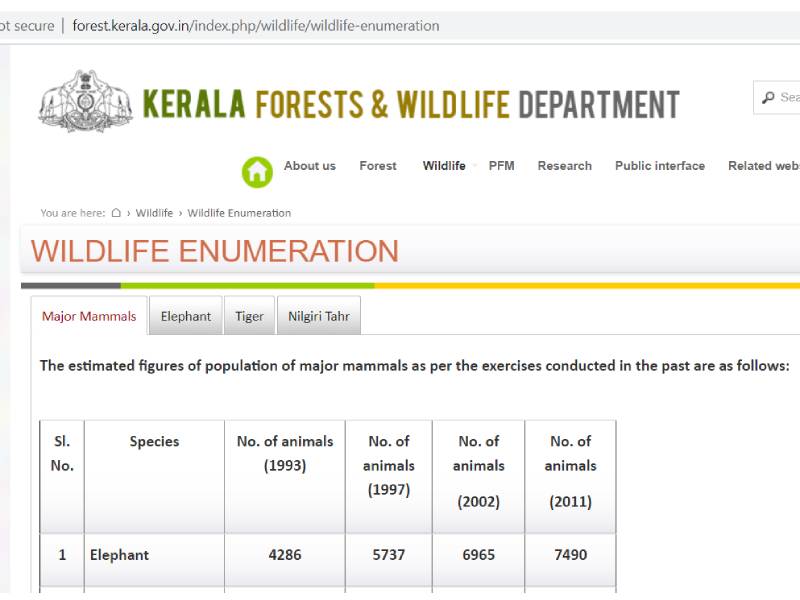 These elephants include 702 captives with various temples and private persons. Wildlife department owns 19 tuskers to chase wild elephants into the forest. 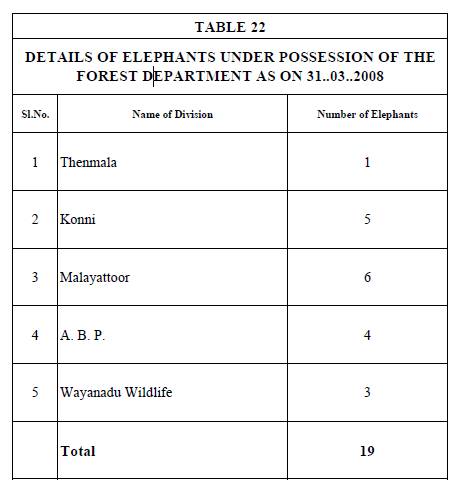 In his reply to the Lok Sabha on February 8, 2019, the then Minister of State of environment, forests and climate change Dr. Mahesh Sharma said that a total of 373 elephants were killed in the country in train accidents, by electrocution, poaching and poisoning from April 1, 2015 to December 31, 2018.

The allegation made by Maneka Gandhi that 600 elephants being killed in Kerala is FALSE.