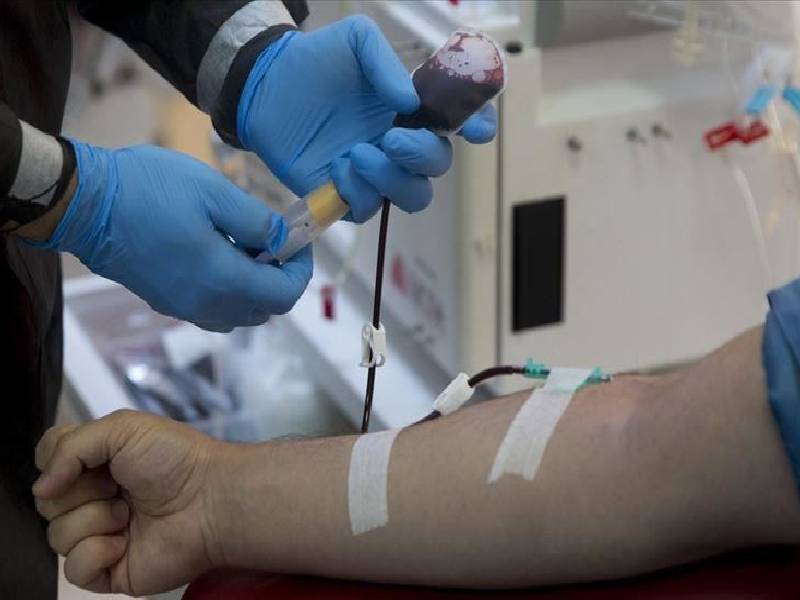 Hyderabad: With the increase in COVID-19 cases in the city, the need for plasma has also gone up. Many are coming forward to donate blood plasma to help treat people suffering from the infection but this process has not been an easy one.

“Every day, we get least get five calls asking about the availability of blood plasma but we tell them that we don’t have the permission to collect plasma at our bank. We refer these people to the Gandhi Hospital,” said a manager at the Prathima Sai Blood Bank.

The COVID-19 patients and their relatives are now turning to blood donor societies that help in arranging for plasma. These societies/organisations earlier used to assist in spreading the message on social media when someone needed blood on an urgent basis. They are now adopting the same methodology for collecting blood plasma.

“We registered our society in 2015 and since then our team has been actively engaged in find blood donors. Since last month, we have been getting 20 to 30 calls every day from people enquiring about blood plasma,” said Sai Kumar of the Hyderabad Blood Donors Society.

“Earlier, we had trouble finding people with rare blood groups. But, now the situation is worse when it comes to finding people to donate plasma. At best we could find two to three people. There is also no data about where we can find people who were infected with COVID-19 to collect their plasma,” said Sai Kumar.

Cyberabad police, along with Society for Cyberabad Security Council (SCSC), has also started an initiative to seek out COVID-19 positive persons. The SCSC has even started a website called donateplasma.scsc.in to bring the donors and recipients onto one platform. But there are many roadblocks to donating plasma.

People who recovered from COVID-19 fear getting infected again while donating and some hesitate about going public about getting infected which they believe might lead to others shunning them.

“When I got infected by the virus my neighbours stopped talking to my family even after I recovered. If they come to know that I am donating plasma, they will shut the door permanently. But I have donated and asked the blood donor society not to reveal my name,” said a plasma donor under the condition of anonymity.

“A donor can donate as many times as they can as the plasma recovers in 15 days. Few people have donated twice. There is also the apprehension that has grown from the misconception that donating plasma will make the person weak and they would not be able to become fit again,” said Krishna Yedula, General Secretary, SCSC. People are not only afraid of donating plasma, but also refuse to talk to the blood donor society when contacted.

“When we get a request for plasma, we first find a donor after contacting hundreds of people. But the donor gets angry with us and enquires rudely as to where and how we found their contact information,” said Bandi Sravan of the Hyderabad Blood Donors.

But there are many heroes who continue to instil hope by coming forward to give plasma and also urge others who have recovered from COVID-19 to donate. “When one goes through the hardship of recovering from COVID-19, they understand how important it is to save a life from this virus. The plasma taken from our body gets restored and one can donate it again after 15 days,” said Mukundam, a home guard at the Habeebnagar police station.

So far around 25 people have registered on the SCRC website and more are expected to join in.

“If a recipient recovered from the plasma they received donate their plasma after recovery this will help in continuing the chain. We are gradually seeing more people coming forward to donate plasma,” said Krishna Yedula.