From bullock cart to chopper, Medaram devotees have come a long way

Warangal: Up until 1998, the only way devotees reached Medaram to take part in the Sammakka-Saralamma Jatara was by a bullock cart. That year, the government declared the 1000-year-old festival as the official state festival and began improving infrastructure.

A road was laid, drinking water facilities came up. So did electricity, security, accommodation and parking spots. Gradually, the number of devotees visiting the shrine increased and more routes were opened up.

Today, the humble bullock cart is one part of a battery of transport modes, including buses, personal cars, private vehicles and even helicopters, used to ferry devotees to the site of the tribal deities. This year's Jatara will be held from February 5 to 8. 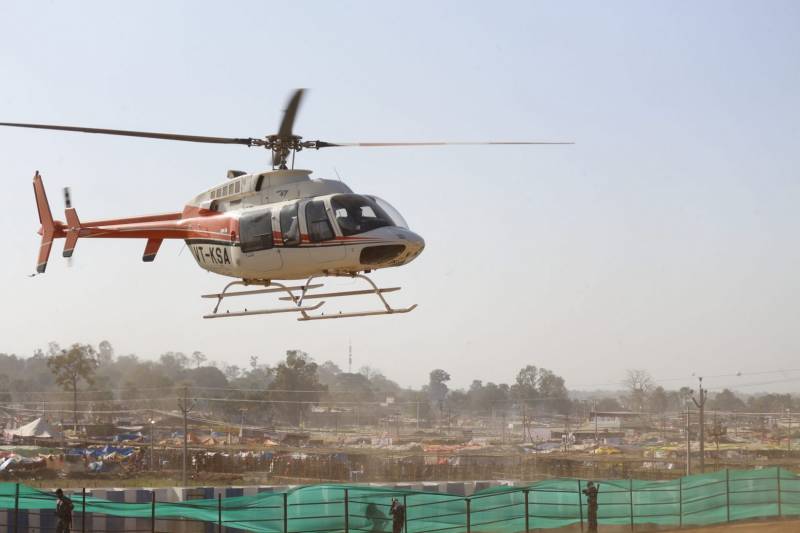 Thousands of people from nearby villagers used to walk through thick forest for days to reach Medaram. Devotees from neighbouring states of Maharashtra and Chhattisgarh and other areas like Khammam and Bhadrachalam would cross Godavari river to worship Sammakka and Saralamma.

However, the number of people who walk or take a bullock cart to Medaram has reduced considerably. With changing times, people started upgrading and now prefer to arrive in Medaram in cars and other vehicles. Now the days of helicopters are here.

Helicopter rides to Medaram began in 2010 from the Mamnoor airport in Warangal. Turbo Aviation Company arranged a helicopter and charged Rs 6,000 for a round trip. However, the service did not take off successfully and it was discontinued in subsequent years. Officials unsuccessfully tried to bring them back in 2014 and 2016. The Telangana Tourism department then started providing the service from 2018.

This year, the tourism department in collaboration with Telangana State Aviation Corporation launched the chopper service from Hyderabad. It is offering two packages. One allows six persons to take the ride for Rs 1.8 lakh exclusive of GST. This package includes helicopter charges, a vehicle from the helipad to the temple and VIP darshan. The second package costs Rs 3,000 per one person and takes the passengers on an aerial tour of Medaram area. Tourism Minister V Srinivas Goud flagged off the service on Sunday at the Begumpet airport in Hyderabad. Devotees can contact 9400399999 for booking their tickets.