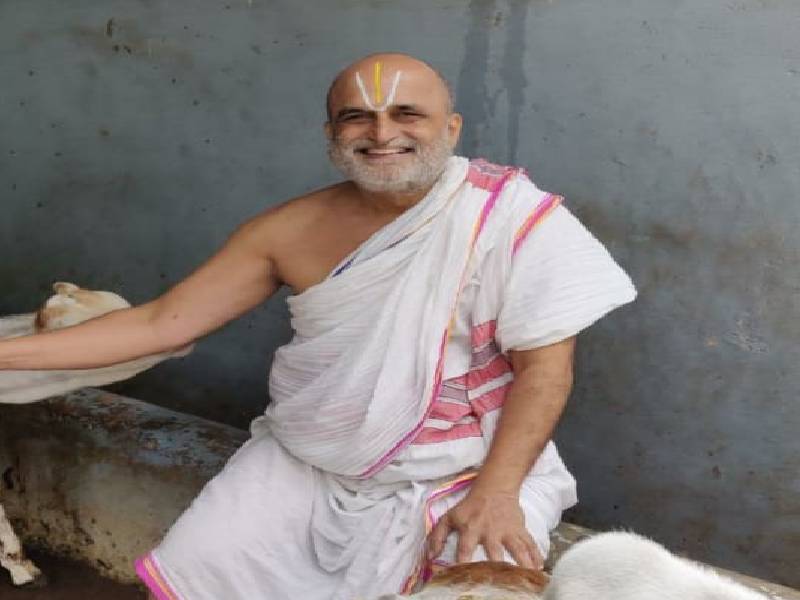 Hyderabad: One deity in the North Sri Rama got back His temple through the Supreme Court. Another deity in the South is fighting for His Rights.

Sri Rama is getting back a New Temple in place of destructed one, will Sri Padmanabha get his Constitutional Rights under Article 26?

As a convener of the temple protection movement, we have been fighting against the secular government’s control of temples. After the landmark Judgment on the Padmanabhaswamy Temple case we petitioned to President Ramnath Kovind to recognize The Deity who was an erstwhile ruler as the citizen for bestowing Him all the Constitutional Rights.

We requested other organizations to support this petition and are happy to say many organizations are drafting their supporting letters to be sent to the President.

Deity representation to His Excellency President of India dated 18th July 2020. The representation is for securing Art 26 Right to Protect of Lord Shri Padmanabha Swamy Ruler Citizen Deity. The objective is that through this petition the Constitutional Rights of all Hindu Deities in our Country be restored which were taken away by the Sabarimala judgment of the Supreme Court (which is now under review). We are being backed by the National Reservation protection samiti, Samajika, Samarasata Vedika, Samagar Mochi Sangham Telangana, Ahobila mutt, Vanamamlal mutt, Sriramgam Srimad Andavan Ashramam, Poundarkapuram Andavan Ashramam, Sri V S Karunkaran Swamy, Sri Velukudi krishnan swamy, Melkote temple archakas, Sri rangam archakas.

We celebrated the Bhumipujan for Temple Construction at Ajodhya as a victory of Dharma of Lord Shri Rama Deity on Aug 5th who reclaimed His temple through a constitutional process.

It is very important for us to also recognize the underlying message that our Hindu Deities have allowed themselves to be bound by our Constitution.

The Anantha Padmanabhaswamy Temple Judgment recognizes the fact that the Ruler was Padmanabhaswamy and the Royal family was the Shabbat. Since all Rulers of 545 Kingdoms became Citizens post-1972 Privy Purses Abolition, it is the time now for the President of India to restore the Fundamental Rights denied to The Divine in the Sabarimala Judgment.

In this time of Coronavirus pandemic, it is very important to restore Article 26, Right To Protect of our Ruler Citizen Deity (taken away by Supreme Court) who protected His Travancore Kingdom from the deadly Spanish Flu of 1918 with very minimal Mortality.

It is also our Dharma based on findings of fact recorded in the Supreme Court 13th July judgment of Padmanabhaswamy temple case to restore the Art 26 Rights of our Ruler Citizen Deity the very embodiment of Dharma who gave crores of devotees Art 25 Right to Temple Entry which was denied for thousands of years.

We requested all Mathadhipathies, Peethadhipathies, Acharya Purushas, Archaka Organizations, Social Groups, and other likeminded Organizations believing in Sanatana Dharma to come forward and support the representation of Chilkur Balaji Deity to the President of India which is for our own welfare.