Hyderabad: After a gap of 77 days, sleuths of Anti-Corruption-Bureau, Telangana laid its first trap and hit three birds with one stone.

The officials, on Saturday, caught red-handed Kandala Nagarjuna Reddy, a revenue inspector accepting bribe of Rs 15 lakhs from a land lord. Also arrested was A. Ravinder, serving as a sub-inspector at Banjara hills police station.

The trap, not only exposed the deep-rooted corruption in the state’s revenue department, once again. But, also led the operation to the house of Shaikpet Tahasildar, Ch Sujatha. The sleuths unearthed 24 lakhs cash and 6 lakhs worth gold ornaments.

It all began when Tahasildar, Shaikpet Ms Ch Sujatha filed two cases against Syed Abdul Khalid, for encroaching 4865 square yards of land located in Banjara Hills Road no. 14. He (referring to the complainant) in returned filed a petition with the Tahasildar’s office asking to survey the land and update the revised details on-line. The facts of the case are, back in 1969 the complainant Syed Abdul Khalid’s father purchased 4865 square yards of land in Banjara Hills. Over the years, the man did not watch over the property. When the land was slipping out of his hands, the latter filed a Writ Petition in the High court and obtained an order not to interfere in the land. The case is sub judice.

Syed Abdul encountered Tahasildar Shaikpet, when he approached her office for survey. She directed him to meet revenue officer Kandala Nagarjuna Reddy. The alleged nexus unfolded when revenue officer demanded Rs 30 lakh as bribe to solve all the problems linked with the revenue department. On the other hand, Sub-Inspector A Ravinder, demanded bribe of Rs 3 lakh to close the two cases filed against Syed. 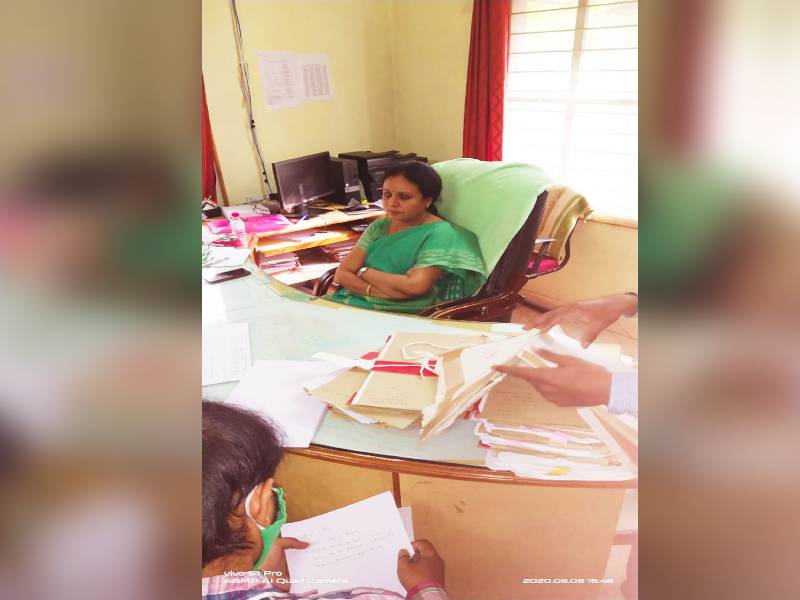 Speaking to NewsMeter, an ACB officer who was part of the operation said, “ The complainant alleged corruption against Shaikpet Tahasildar and Revenue officer. However it was the revenue officer who demanded bribe and not the Tahasildar. During the trap, Nagarjuna Reddy did not take the name of the Tahasildar. However, as part of trap, the house of Ch Sujatha was searched and Rs 24 lakh cash and 6 lakh worth gold ornaments were seized.The couple is yet to explain the source of the wealth’.