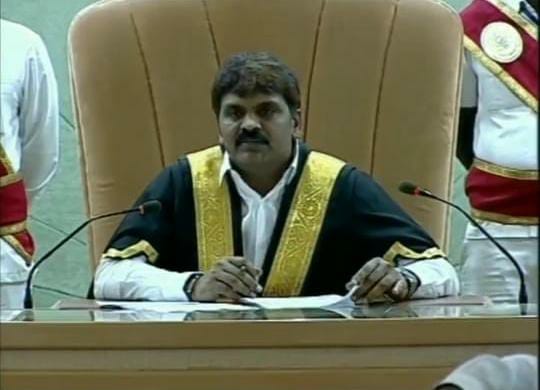 Hyderabad: The first citizen of Hyderabad Bonthu Rammohan has been tested positive for COVID on 25th July. The Mayor has been placed under home isolation. While the source of the virus is unknown, his office informed.

The medical reports of his family which includes his wife and two children is negative. "The Mayor is asymptomatic and has been advised to be under home isolation' an official said. Earlier his driver and personal assistant tested positive for COVID and were home isolated.This is the third time a COVID test was conducted, the Mayor tested negative in the first two test.

The first citizen of Hyderabad has been engaged in several developmental works in the city, even during the lockdown period. He last participated in the sapling plantation program conducted on 24 July along with Telangana Education minister Sabitha Indira Reddy and staff.

The Mayor also took to his official Twitter account to confirm citizens of the news. He also appealed to others who have tested positive to maintain all precautionary measures and avoid the disease from spreading.