Hyderabad: Hyderabad Metro Rail officials are closely monitoring the identification and rectification of repair works at all metro stations and other structures by L&T in the city after the horrific incident at Ameerpet Metro Station.

Six special engineering teams formed by L&T and equipped with specialised equipment carried out rectification works from midnight to early morning on Tuesday without any obstruction to general traffic. 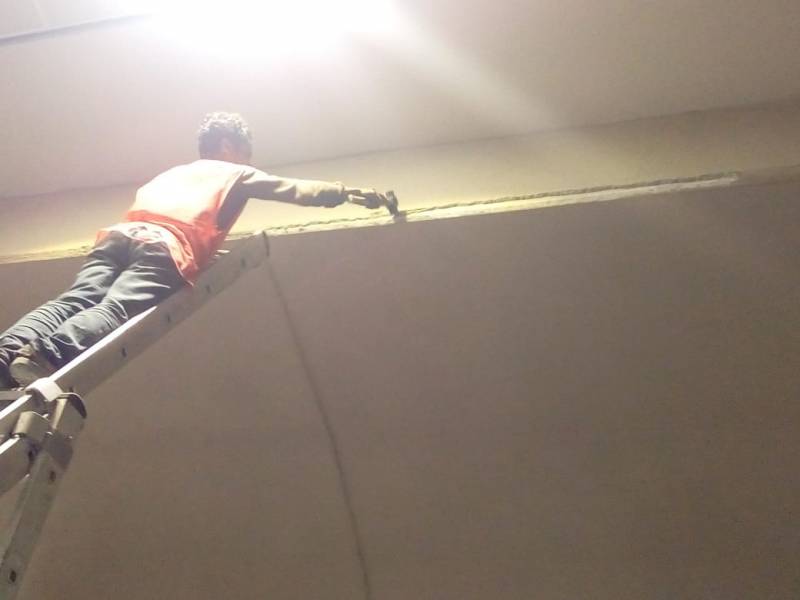 All parts of the station areas and other structures are being micro-examined by the metro rail officials and L&T teams. NVS Reddy, MD-HMR said, “The overall position of the structures is found to be safe and satisfactory by the experienced engineering teams. Not wanting to take any chances, minute non-structural cracks, surface plaster peel offs, concrete chip offs, loose concrete pieces, loose coping stones, etc., are being rectified.”

Recently, 26-year-old Mounika succumbed to injuries after a portion of a slab fell on her head at Ameerpet metro station. Hyderabad Metro Rail authorities were accused of negligence and Larsen, and Toubro (L&T) announced Rs 20 lakh compensation to the family of the victim.