IMD predicts more rain for next 24 hours over Telangana

Hyderabad: The Indian Meteorological Department, on 25 July, (IMD) said that thunderstorms accompanied by lightning will be witnessed in isolated places over Telangana in the next 24 hours. In its weather forecast, the IMD said that light to moderate rain or thundershowers is very likely to occur over some places in the state.

According to the Telangana State Development Planning Society, Hyderabad will see a heavy rainfall of more than 64.5 mm for the next 24 hours with temperatures ranging from 22.8 degrees Celsius to 31.4 degrees Celsius.

Mahesh Palawat, head of Skymet, a private weather forecasting agency, said, “Starting Saturday, we can see rain for the next two days. From 28 July, there will be a trough from north to south from Jharkhand to Telangana, so we can expect more rain to come. With the north and south trough, there is also an anti-cyclone formation in the Bay of Bengal which has led to the formation of moisture over Telangana, resulting in increased humidity.”

He added that coastal Andhra Pradesh and some parts of Vidarbha would also experience light to moderate rainfall. 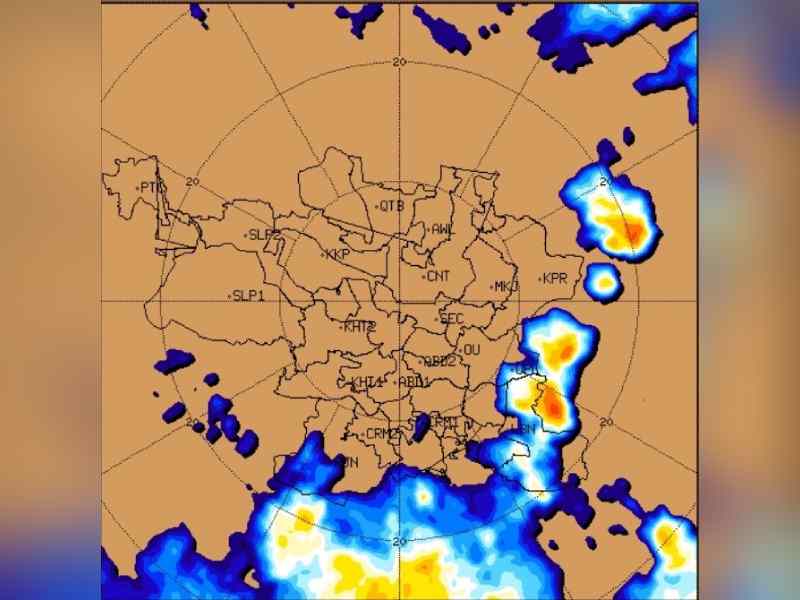 According to the Telangana State Development Planning Society, Wanaparthy has received 119 mm rainfall, the highest in the state so far, until 8:30 am on Saturday.

The IMD’s weather inference for 25 July read, “The cyclonic circulation over Jharkhand and its neighbourhood now lies over Chhattisgarh and adjoining interior Odisha, between 1.5 km and 4.5 km above mean sea level.”