In Video: Hyderabad rains on September 16 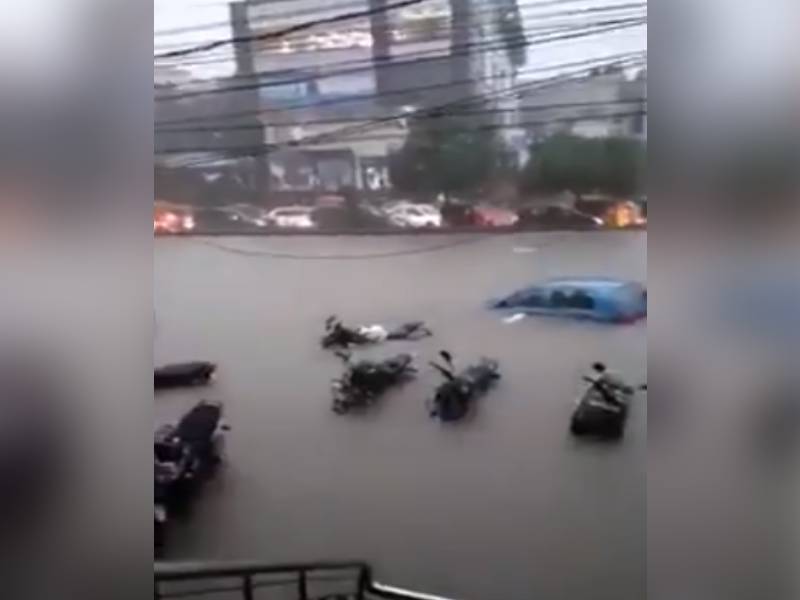 The vehicles were seen floating on the road.

Below P V NR flyover, mini trucks and cars were partly submerged, many commuters lost control over their vehicles. "I left the office at 6.30 PM, it took me three hours to get home against the usual one hour. The traffic at Towlichokwi was stuck for one hour, many two-wheelers left their vehicle to take shelter' said Reshmi, a corporate employee.

Heavy rain also brought the wild animals on the road. A big large python was seen in Shamshabad.

The Enforcement and Disaster management team were deployed at various junctions to clear the water-logging. While Law and order, Traffic police extended help in clearing the rainwater.

Indian Meteorological Department (IMD has forecasted heavy to very heavy rains in different parts of Telangana for the next 48 d.

The IMD also predicted waterlogging in many parts of the low lying area in districts of Telangana. They also predicted massive damage to trees and electric poles leading to disruption of transport in some areas of the districts for a few hours to a few days.