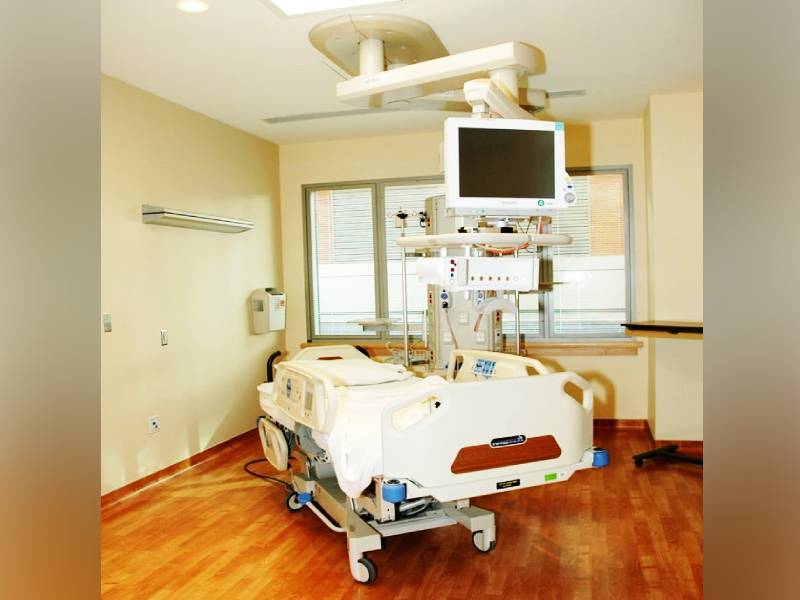 Hyderabad: Telangana is one among the seven states in the country, with most hospital beds and ventilators, a study conducted by the Centre for Disease Dynamics, Economics and Policy (CDDEP) said. The study found out that Telangana contributed 5.2 per cent of the hospital beds and ventilators in the country. The other states which showed similar or larger figures include Uttar Pradesh (14.8%), Karnataka (13.8%), Maharashtra (12.2%), Tamil Nadu (8.1%), West Bengal (5.9%), and Kerala (5.2%).

Andhra Pradesh lagged behind others in the south Indian states, in this aspect. While Andhra reported 145.33 beds per lakh population, Tamil Nadu fared slightly better with 174.83 beds. In Andhra Pradesh also, the number of beds in private hospitals was way more than in the government hospitals. There are 40.40 beds per lakh population in government hospitals as opposed to 104.93 beds in private hospitals in AP.

Meanwhile, the Telangana government has earmarked 17,081 beds for Covid-19 patients, according to its health bulletin. Out of this, only 976 are occupied, which means an occupancy rate of 5.71 per cent.

In the context of Covid-19 pandemic, Telangana has 4,996 ICU beds, combining both public and private sector, and 2,498 ventilators. The all-India count remains at 94,961 ICU beds, and 47,481 ventilators. The study suggested that “due to the critical nature of severe Covid-19 infection, including severe pneumonia and/or multiple system failure, 40-50% of patients hospitalised due to infections from Covid-19 will require ICU beds.”

It emphasised the need for approximately 2,70,000 ICU beds, over 2.8 times the estimated number of total available ICU beds in India.

Also Read
Explainer: How many beds does Telangana have for Covid-19 patients?