Hyderabad: After Lone MLA of Jana Sena Party, Mr.Rapaka Varaprasada Rao supported the ruling party's three capital decision in the assembly on January 20, a press note is being circulated in the social media on Janasena letter-head.

The press note says that "After Rajole MLA Rapaka Varaprasad Rao supported the 3 capital decision of YSRCP party, even after Janasena party decided that it is going to vote against this decision. The proposal to suspend Rapaka was moved by Mr Thota Chandrasekhar, where all the members unanimously agreed to the decision. From now on, Janasena party is not responsible for any of his actions or words." This note is signed by Pawan Kalyan. 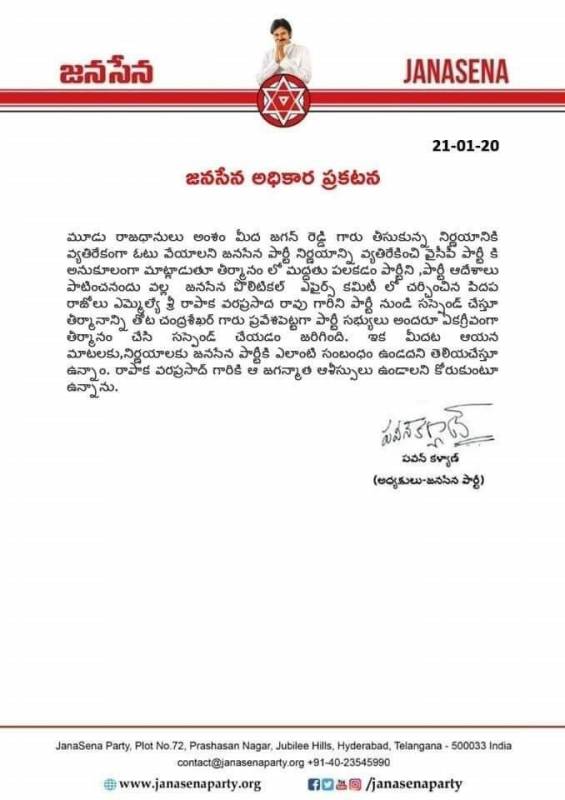 There is no such official announcement by the party officials and also this press note has NOT been posted on any of the Jana Sena party's social media accounts.