Condemning this, Balala Hakkula Sangham has lodged a complained with Jt. Labour Commissioner to book the principal under the provisions of the Child Labour Prohibition Act. “The principal used these children as labourers in a hazardous job,” the organisation 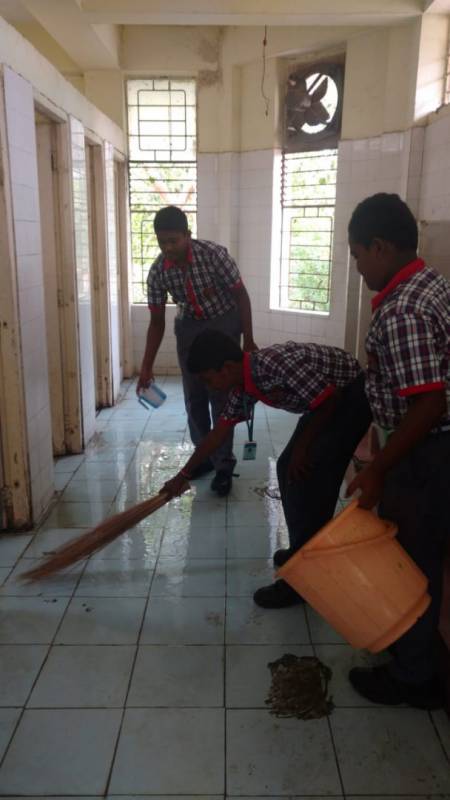 “This is not the first incident. Ever since the principal joined the school a year back, she has been forcing children from lower classes to clean school premises in the name of Swachh Bharat. However, the school has not taken any precautionary measures to ensure its students’ safety. Children do sanitation works with their bare hands and without a face mask,” said a parent, who chose to stay anonymous.

“The case report has not reached us yet. Necessary action will be taken once it does,” said K Saseendran, Asst Commissioner of Kendriya Vidyalaya Sangathan Regional Office Hyderabad.