Former Minister Nara Lokesh has targeted Chief Minister Y.S. Jagan Mohan Reddy for his words during Outreach meeting in Vijayawada that was held on Friday. 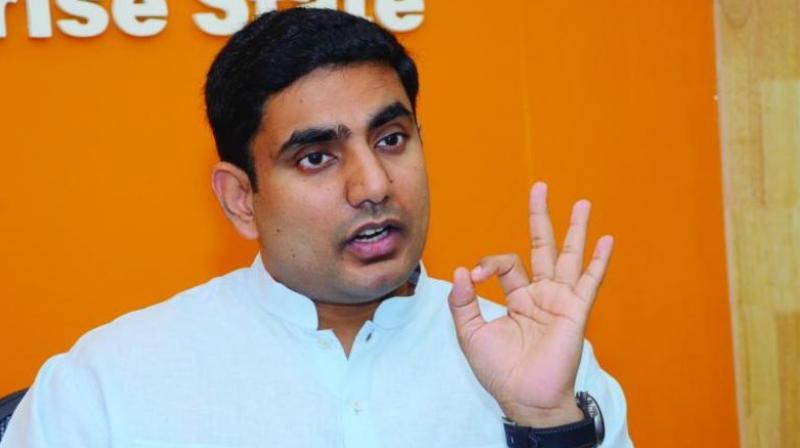 Mr. Lokesh questioned Mr. Jagan Mohan Reddy through Twitter saying, “How can you describe Andhra Pradesh a poor state. The government should attract investors by showing our strength. If you hide the achievements of the government with anger on us, investors will not come forward to set up industries in the state.”

He added, “You should be proud to say that Andhra Pradesh ranked number one for the last three years in ease of doing business, second in Health Index, KIA was the highest Foreign Direct Investment (FDI), we stand tall in the agriculture growth rate and a few other areas including 700 awards by the Centre in a span of five years. Showcasing this success & achievement will help the government to attract more investors to the state.”