Hyderabad: In a letter to several medical institutions in the country, the Indian Council of Medical Research (ICMR), on 2 July, announced that it will be partnering with Bharat Biotech International Limited (BBIL) to "fast-track clinical trials" of the COVID-19 vaccine synthesized by the latter.

Dr. Balram Bhargava, the director-general of ICMR, in the letter, stated that clinical trials of the vaccine should be completed by 15 August, in time for the drug to be made available to the public. “It is envisaged to launch this vaccine for public health use latest by 15 August 2020 after completion of all clinical trials,” the letter read. The directive comes two days after BBIL's BBV152 COVID vaccine (or Covaxin) was approved by the Drug Controller General of India (DCGI) for phase I and II human trials.

“We will try our best but we can only finish the first phase of the trials by 15 August,” said C. Prabhakar Reddy, associate professor and the head of trials at Nizam’s Institute of Medical Sciences (NIMS), Hyderabad. NIMS is one of the 12 institutions approved by ICMR to conduct Covaxin trials in the country. “A lot of work has to be done to reach the final stage,” he said, adding that the drug cannot be released to the public before ensuring that the process of trials and the administration of the drug is safe.

The vaccine, originally developed by BBIL in collaboration with ICMR and the National Institute of Virology, Pune, is the first indigenous vaccine being developed in the country and is being pushed to complete advanced trials in five weeks. This urgency has made several bioethical experts skeptical of its efficacy.

Historically, vaccines for ebola, mumps, polio, and other viral diseases have taken a minimum of four years to finish trials and for it to be released to the public. “Two stages of trials take a minimum of three months and even after completion, it doesn’t automatically become a vaccine. It has to pass phase three of the trials, too,” said Dr. Rakesh Mishra, the director of the Centre for Cellular and Molecular Biology, Hyderabad. He added that for something that has not even started trials to become a certified vaccine in just five weeks is “impossible”.

While the time period chosen to finish the trials is unusual in itself, for it doesn’t allow experts to understand the drug’s efficacy and safety, the absence of data about the animal trials of the drug has also led to several bioethical experts being skeptical of the vaccine. “We also don’t know how participants in the trials are going to be recruited,” said Dr. Usha Raman, professor at the University of Hyderabad and a member of several ethics committees.

“It is the first time in the history of vaccine trials that such a short time has been given to complete the clinical trials. We have to ensure that this doesn’t become a politically-motivated vaccine and is not released to the public simply because one government wants to show that they’re effective,” Dr. Raman added. She also expressed her fear of the premier medical institution becoming a mouthpiece of the government.

“The idea of making this a race is extremely problematic and we shouldn’t be focusing on who produces the vaccine first. It should be one that’s safe and effective,” Dr. Raman commented.

Anant Bhan, researcher (global health, bioethics, and health policy), took to Twitter to express his skepticism regarding the fast-tracking of vaccine trials. He expressed his concern over the choice of certain hospitals and labs approved by the ICMR. “How were the clinical trial sites mentioned in the appendix chosen--on what criteria? eligibility? From what list? was this selection done by ICMR or by BBIL? Some of these seem to be small nursing homes/hospitals- are they the apt place to run a pandemic…” he tweeted.

It has also been reported that of the 12 labs chosen by ICMR for vaccine trials, only five have approved ethics committees. The rest of the hospitals have their committees under review. 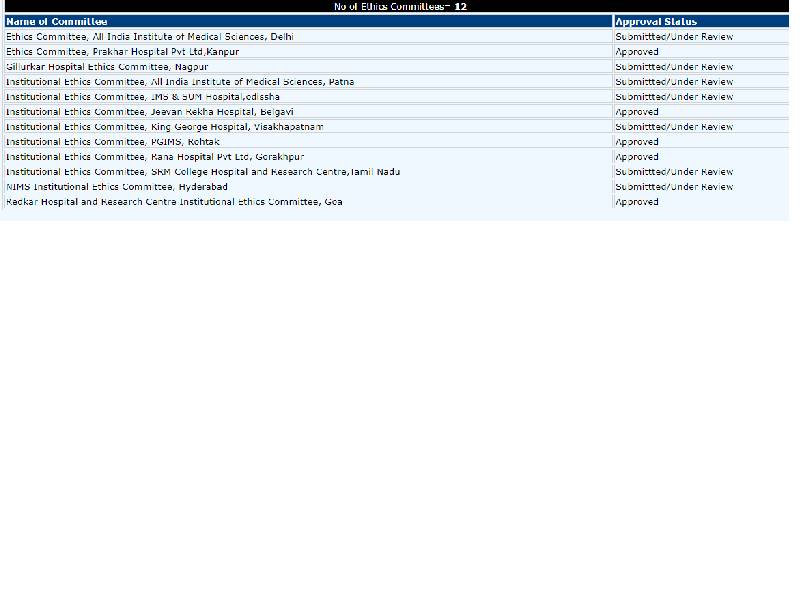