Anaj Mandi Factory on Rani Jhansi Road in Delhi turned out to be a death chamber for around 43 labourers on December 8, Sunday. A fire broke out in the factory at about 5 am, killing 43, and injuring 16. Thanks to various officers, and the combined effort of more than 30 fire trucks, they were able to save 56 people from the spot. Sources note that a short circuit must have caused the fire.

2. Unnao rape-murder victim’s family agrees for her last rites after assurance from police Family members of Unnao rape-murder victim have agreed to bury her body following a lengthy negotiation with Lucknow Divisional Commissioner Mukesh Meshram and other senior police officials. Her body will be buried amidst heavy deployment of police and personnel of the Provincial Armed Constabulary. 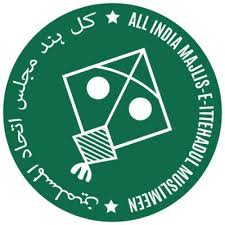 Accusing the police of arresting and threatening his party workers at the directive of West Bengal Chief Minister Mamata Banerjee, the state in-charge of the All India Majlis-e-Ittehad-ul-Muslimeen (AIMIM), Zameerul Hasantols a news agency that  he would move court against the intimidatory tactics, even as the party was going ahead with its preparations for a mega rally in Kolkata in January. Due to the economic slowdown prevailing in the country, the state has not been receiving 14 per cent of GST collections, a release from the office of Telangana Chief Minister K Chandrasekhar Rao said.

ISB student and two others booked for abusing Cyberabad cops

Fact Check: Michibiki satellite of Japan has no connection to earthquake felt in Mumbai, Srinagar