NPR gets green signal from government

New Delhi: The central government has given its nod for the National Population Register (NPR) exercise, is to be the first step of the National Register of Citizens (NRC). The latter had attracted the ire of students and a few political parties in the country, sparking nationwide protests.

According to reports, the government will hold the NPR exercise, the data for which was collected in 2010, between April and September in 2020. The Centre would update the NRC in all states and union territories except Assam. Sources say that the union cabinet has allocated more than Rs 8,000 crore for the process.

The government has linked the National Population Register exercise with the census. Meanwhile, according to the Census Commission, NPR’s objective is to create a comprehensive identity database of every “usual resident” in the country.

As of now, West Bengal and Kerala state governments have officially announced that any process in relation with NPR will be put on hold. 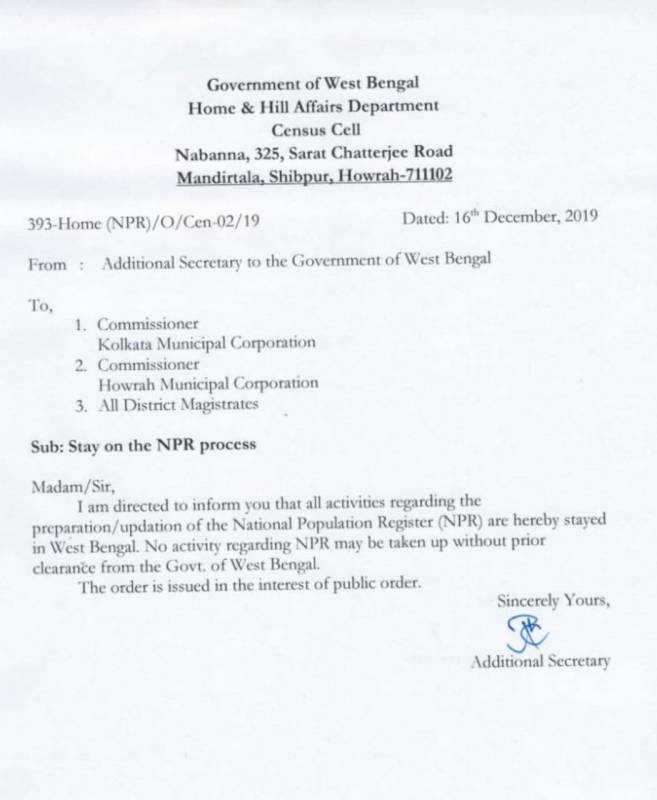 WHO IS A USUAL RESIDENT?

Also Read
‘As Muslims, we are always asked to justify ourselves,’ says Ladeeda Farzana
Next Story