Ordinary school teachers, instead of elevating themselves as a source of inspiration, develop cynicism and shift the blame on to the students for their disinterest in learning.

They work without any goal, and their presence in school doesn’t make any difference.

A few teachers, on the other hand, do not want to remain passive. They forge a strong formal and informal relationship with the pupils at multiple levels and commit themselves to students’ well-being both inside and outside the classroom. 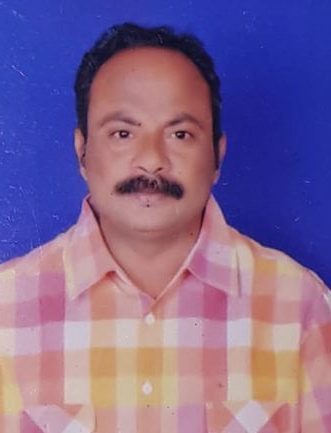 Mantri Rammohan Rao falls in the latter category of teachers, who never hesitate to walk an extra mile to transform the otherwise dull and uninspiring government schools into an ideal place of learning.

Rao landed in Jammu, a village in outskirts of Vizianagaram town, as the headmaster of Mandal Parishat School in 2011. Located near the Musafir colony of migrant labourers and other colonies of low-income families, the school presented a dismal picture.

As there was no compound wall, in evenings, the school would become a shelter for drunkards, who litter the area with empty liquor bottles and food waste. Students had to clean the area before settling for a class every morning.

The building was in bad shape with a pathetic sanitation scenario. The dropout rate was very high. The dilapidated school building failed to stimulate an urge among the parents to admit their wards in the school.

Upon entering the school premises with poor attendance, Rao didn’t get disillusioned. Instead, he vowed to transform the place into an attractive and sought after school.

It took nine years of hard labour for Rao to bring about a total transformation in the environment, and the attitude of local people towards the school.

Every inch of the wall of the school has become a medium of education. Students are given breakfast in the morning. An auto is engaged in transporting the students from Musafir colony. A parents’ committee is set up to manage and monitor school activities. Finally, the school won awards in every aspect of the Swachcha practices.

How It All Happened?

Ram Mohan Rao had experimented with a novel idea of mobilising the community to own up the school. He succeeded in implanting the idea that a decent school enhances the prestige of the locality. First, Mohan Rao began his work of improving the school environment with his donation of Rs 50,000 to whitewash the school building. He approached the forest department to supply saplings. He went around the Musafir colony to persuade the parents to enroll their wards in the school. His attempts first failed. “I was disturbed by the pathetic conditions of the colony, where children were ending up as rag pickers. I continued my efforts for about six months. Finally, they came around to my point of view, and 30 students joined the school. I arranged an auto to fetch the students and drop after the school paying Rs 4500 pm from my pocket,” Rao said. Rao set up a post box in the school for the students to drop anonymous letters on the problems they were facing. “Students are free to bring any problem, both personal and academic, to the notice of the headmaster in anonymous letters. This is taken with a positive attitude, and the staff members would try to fix the issues immediately. The box is a huge hit,” he said.

Rao periodically organised meetings with parents and local philanthropists to discuss the issues of the school and to seek their support in making the school a vibrant institution.

In the meantime, having heard of the development at the school, Kurivella Harigopal, executive member of Shirdi Saibaba Seva Sangham volunteered to supply breakfast for all students every day at 8 AM. Breakfast items are chosen based on the nutritional demands of children. The breakfast is prepared with the help of midday meal scheme workers in the school itself.

A donor came forward to give snacks in the afternoon to discourage children from eating junk food.

Another donor came up with an exciting proposal to reward members of the parents’ management committee who attend the meeting regularly. “The donor will offer a gift worth Rs 600 (mostly a saree) for the members who attend more than two consecutive sessions.

“There is no shortage of donors now. The school has immense community support. With their help, we have constructed a compound wall. An RO water filter has been installed. Now the school has been praised as a role model in the state,” Rao said triumphantly.