One-fourth of students in India dislike school because of violence, bullying: Report

Hyderabad: While schools across the country remain closed due to the COVID-19 pandemic, debates about inclusive learning are raging in the field of education. Pointing out how the COVID-19 pandemic has “exposed and deepened these inequalities” present in the society, a global study has elaborated on how India and other countries are faring in terms of inclusive education.h

According to the Global Education Monitoring (GEM) report 2020, in the wake of the pandemic, about 40 per cent of low- and lower-middle-income countries have not supported students who are at the most risk of exclusion, such as the poor, linguistic minorities, and learners with disabilities. However, apart from the health crisis, the study also highlighted other reasons that could keep students away from schools. In fact, in India, one-fourth of students dislike school because of the violence they face from their peers and even teachers. “School violence, including by teachers, is the main reason children dislike school, with shares ranging from one-quarter in India to over half in Vietnam,” the study cited. 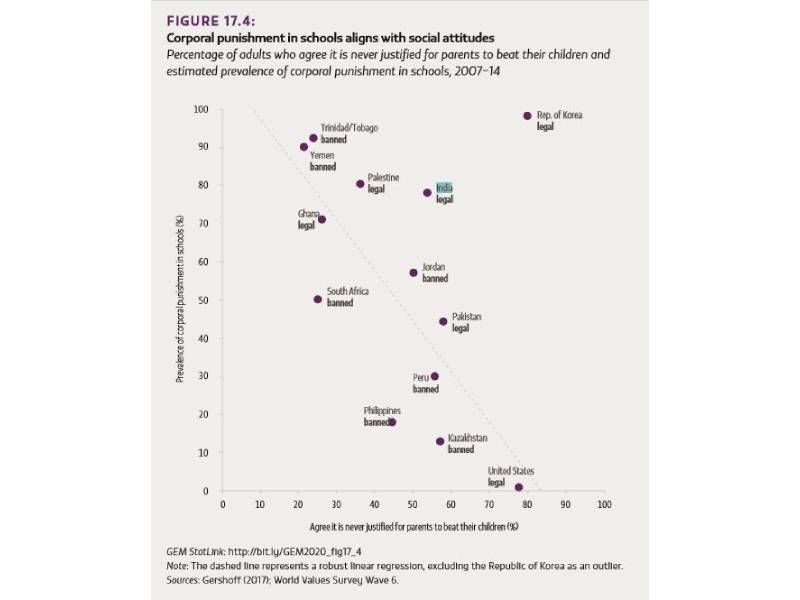 Identifying these attitudes as “threats” to the learning community, the report said that while 132 countries have banned corporal punishment in schools, half of all school-age children live in countries where it is not fully prohibited.

In addition to this, the report focused on how the health crisis could further aggravate the learning pace of students in the country. Using 2018 ASER data, the report argued that among 15-year-olds who completed or were still in class V, 22 per cent in rural areas had class II-level reading skills, which points towards the slow pace of acquisition of the most basic skills among students in the country.

The study also suggested automatic promotion of students. While a dozen states and Union territories (UTs) in India, including Assam, Bihar and Uttar Pradesh, abandoned the policy citing apparent negative effects on quality of learning and performance in higher classes, the GEM report said that automatic promotion has benefits, which includes providing support to disadvantaged children, especially in the wake of the health crisis.