Online classes: 39 % of students do not have access to smartphones in rural Telangana

Hyderabad: A survey conducted by Telangana State United Teachers’ Federation has revealed that 39.6 per cent of school-going children's families do not have smartphones, while 48.9 per cent of families have only one smartphone in their homes. 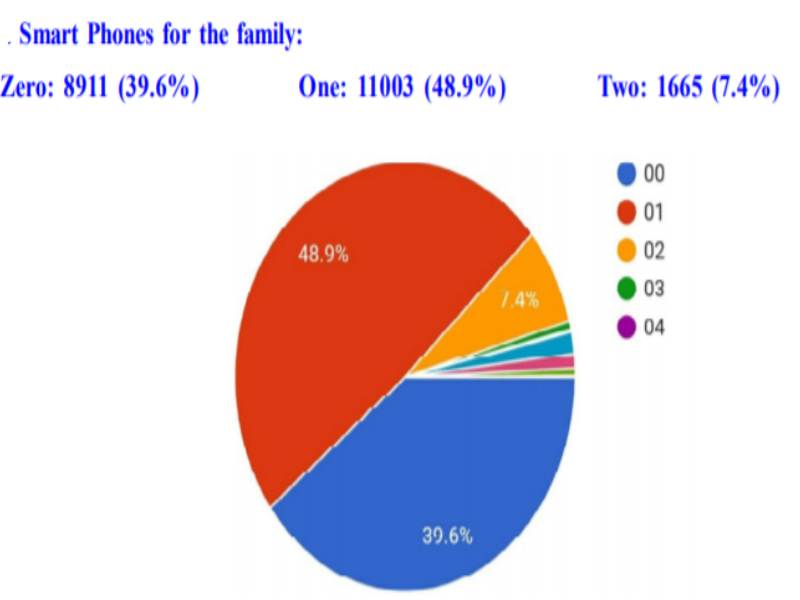 Of the total families having smartphones, only 11 per cent have sufficient data that can be used for online classes.

Only 4.4 per cent of 5220 parents surveyed said online classes are useful, while 24.7 per cent found partially useful. The rest said it is not useful at all.

The study also revealed that 85.2 per cent of people have TV sets at home.

“Because of this pandemic, we have suffered a huge academic loss. Online classes seemingly are not possible. Most of the families have television sets. Tele-classes are a possibility. Those students who don’t have television sets can go to gram panchayat hall or community hall to attend teleclasses,” said K. Jangiah SA, President, Telangana State United Teachers’ Federation.

In the survey, it was is also found that television sets are working in only 11.6 per cent of gram panchayats halls.