If Dragon boasts of a Sun Zu, Tao -te- King and what have you, so do Prussians talked of Clausewitz-the famous military theorist - yet realist in many ways who spoke of unexpected developments under the ‘Fog of War’ (highlighting dubious, incomplete & often completely erroneous information & extraordinary high levels of confusion, doubts, fear & unwanted excitement/speculation) -that call for rapid decisions by alert commanders. He argued that war could not be quantified or reduced to map work, geometry, incorrect treaties & graphs. Clausewitz is famous for his many aphorisms-the most famous is “war is the continuation of politics by other means”.

How come then, Indian policymakers & babus forgot our very own Chanakya who had said and I quote: “In the happiness of his subjects lies the King’s happiness; in their welfare his welfare. He shall not consider as good only that which pleases him but treat as beneficial to him whatever pleases his subjects”.

So, India failed to listen to the Greatest of the great - Chanakya & his famous Kautilya on war.

If one looks at all Treaties & MoUs signed by India ever since 1947 with our neighboring countries, grave deficiencies can be noticed, wherein the Governments in power ill-advised by ‘Babus’ have worked more towards helping the Governments & ‘Babus’ of other countries rather than their own. Extremely sad but true also is the fact that these ‘so-called good turns’ were for seeking petty gains. These grave mistakes have been instrumental in eroding sovereignty & self-esteem of our Nation-State. The worst sufferers have been Indian Armed Forces - the Cannon Fodder, who are treated subservient to the ‘Netas’ & ‘Babus’.

As a result, with speculations galore from the print & electronic media & some Master Story Tellers, nothing truthful about skirmishes in Ladakh & Sikkim Sectors was known to Indian people. Like Op VIJAY (Kargil) where we took the battle to bedrooms, in a similar fashion, all that was happening Post April in Ladakh Sector & elsewhere could have been explained to our people without loss of time. It was not done.

Why cannot we have proper & regular Media Briefings on biweekly or as required basis by spokespersons from MEA, Army, Navy & Air Force so that no concocted or figs of unnecessary imagination/ yellow journalism shoots up? I am told that the ‘Babus’ did not want the Armed Forces to hog the limelight. Shame indeed! In the largest democracy of the world & in today’s advanced technological milieu, there is nothing that can remain hidden. At the time of writing this piece, we hear that 10 Indian Soldiers including 4 Officers have just been released by PLA. More truths shall keep on coming as the ‘Fog of Galwan slowly lifts. But, several questions may remain unanswered. Most important being the fact as to why the soldiers were not carrying weapons and made to fight barehanded as if it was a street fight with the hooligans. 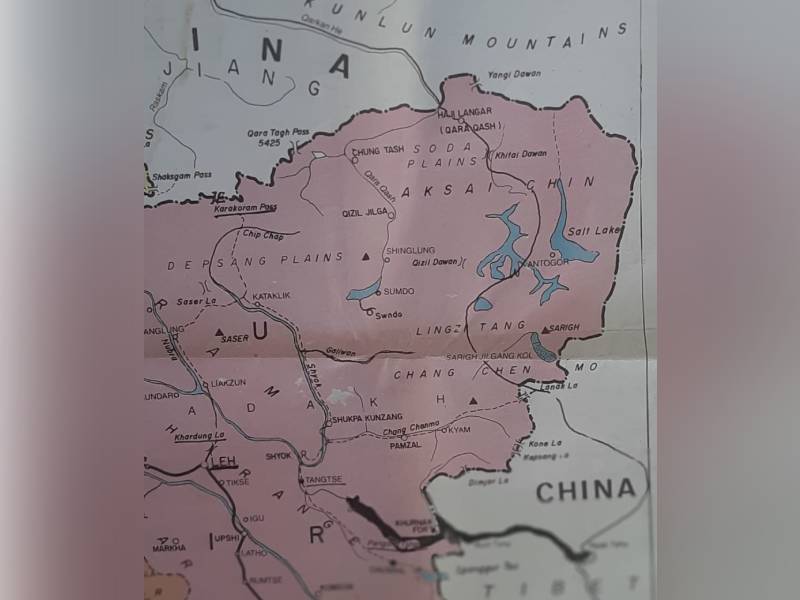 A lot of stories, inputs, prophesy, and courses of actions, etc about what India should or should not do would continue with astonishing regularity. The brief focus today would be on failings of our Treaties & MoUs, in so far as, these relate to India and China.

Given the aforesaid, it becomes pertinent to talk about the culpability of our Netas & Babus for having conceptualized, drafted & signed the Sino-Indian Treaties of 1993 & 1996. It is now learnt that the drafts were not agreed to by the Military Operations Directorate. The then Secretary of External Affairs Ministry (EAM) was brashly & discourteous with the Brigadier of the MOD who had gone to discuss the subject draft by telling the latter to improve his English, refer the Dictionary & words to that effect. Some operative ingredients of the draft were made by the EAM themselves. Vetting was thus a mere formality.

It is sad. The stark truth is that the ‘Babus’ treat & behave with the Armed Forces as a whole with particular reference to Officers with disdain & treat them as ‘Second Class Citizens’. See the fate of the 7th Pay Commission, NFU, ECHS, etc. The list is endless.

There has been no real integration affected between the Ministry of Defence & the Armed Forces. Only the words “Integrated Ministry of defence” are typed on letterheads. The minuscule integration is a sham & is purely cosmetic. It is such a pleasure to listen to the US Def Secretary in PENTAGON Operations Room when he says: “My Army, My Navy, My Air Force, My Marines”. India needs to translate on the ground the same kind of integration - inter-service rivalries notwithstanding.

Now, let us go through the main issue. An Agreement pursuant to the Agreement on Maintenance of Peace & Tranquility along LAC in India China Border Areas signed on 7 September 1993 called Agreement on Confidence Building Measures (CBM) in the military field along LAC in India China border areas was signed on November 29, 1996. The present happenings in Ladakh Sector are a total & flagrant violation of all these agreements, understandings, rules & protocols - setting at rest the best of English & penchant of Dictionaries! The poor Fujis are the silent sufferers.

The Agreement on CBMs has 7 Pages & 12 Articles from I to XII. Excerpt of Article VI (1) is enumerated:

“To prevent dangerous military activities along the Line of Actual Control in the India-China border areas, the two sides agree as follows:-

(1) Neither side shall open fire, cause bio-degradation, use hazardous chemicals, conduct blast operations or hunt with guns or explosives within two kilometers from the LAC. This prohibition shall not apply to routine firing activities in small arms firing ranges.

Now, we all are seething with anger. Why was not the advice of MO Directorate to prefix the word ‘EXISTING’ before ‘ LINE OF CONTROL’ not paid heed to, & instead, he was told to improve his English! Had the advice of MO Directorate accepted, Galwan & Fingers won’t have happened! Further, why did not our soldiers carry weapons on a person? As a measure of abundant caution, the weapons should not be loaded & are hung upside down with magazines kept secured. The above Agreement should have included this crucial point. The restraint is fine. It seems clear now that the Commanding Officer & his Party were lured in a well-planned ambush. It was a ruse, a vicious trap approved by none other than the Chinese Communist Party. Mere uprooting of a tent is not a trigger for this grave barbaric action by an uncivilized enemy. I have a feeling that these goons were not PLA soldiers but something like Street Gundas.

Be that as it may, this tragic event was yet another betrayal. Why were the orders to remain unarmed given & by whom? Another important issue is our poor intelligence. What happened to our Satellite Imageries? Did we know that the PLA Brigade plus troops were training nearby & conducting an exercise?

Did they tell us as per the Agreement? What was the ground input by ITBP troops? The Indian Army has been requesting the Raksha Mantri to place these elements of Central Armed Police Force under it’s Operational Control. The Home Ministry due to reasons best known to it did not do so.

So all the above issues were instrumental in ‘Netas’ & ‘Babus’ sidelining the Army. Have we ever had a Raksha Mantri or NSA from the Veterans Community? No. Because a Fauji does not talk of perceptions. He does not take middle path decisions. He would have called a spade a spade & not got involved in LAC perception syndrome like the ‘Netas’ & ‘Babus’ - permitting Dragon to continue nibbling our territory over the years.

Imagine, UPA 1 in 2008, the Congress Party & the Communist Party of China had signed a deal in Beijing for exchanging high -level information & co-operation between them. MoU also provided the two parties with the “opportunity to consult each other on important bilateral, regional and international developments”. It was signed by Rahul Gandhi & XI Jinping in presence of Sonia Gandhi. So the Congress party has a mysterious relationship with China.

When you have Netas & Babus scheming against the Armed Forces & not giving them their due, I only pray to providence that such FOGS never appear again & we develop a National Character & Culture.

All such Agreements must be scrapped, if required rewritten & status quo ante as of April 2020 positions maintained. If required, we must capture areas that are vulnerable to China.

The latest is that all political parties have supported the government in the All-Party Meet just concluded. The Prime Minister has complimented the Indian Armed Forces for their bold, dedicated & selfless services.