Visakhapatnam: In a major haul, the Odisha police, along with the Border Security Force ( BSF) personnel, unearthed an illegal arms manufacturing unit being run by Maoists inside the forest near Kuruba and Sudhakunta villages under Kalimela police limits, Malkangiri district, Odisha.

The police said the during the routine raid carried out by a joint team of Malkangiri police, District Voluntary Force and Border Security Force (BSF) 76th Battalion, the dump was unearthed in the forest area. 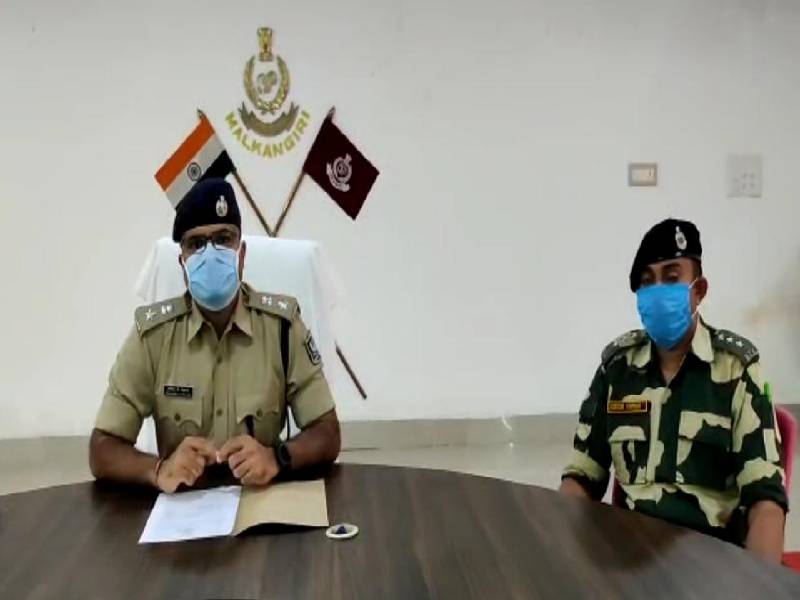 Malkangiri SP Rishikesh Khilari told newsmen that based on credible information, the BSF and the District Voluntary Force (DVF) launched a joint combing operation in the forest area and found the arms manufacturing unit. It was the biggest seizure in the recent times, he added.

The combing operation helped in unearthing the hidden material dump of Maoist party. The police are suspecting that the Maoists are manufacturing the firearms and also repairing arms and ammunition to be used for anti-national and subversive activities.

The police intensified the combing operations along the Andhra-Odisha Border (AOB) suspecting that the Maoists may indulge in violence incidents to exhibit their existence in the region.