Srinagar: A major tragedy was averted on Thursday when security forces foiled a Pulwama-style attack by intercepting an explosive-laden car at Ayengund area of Rajpora in South Kashmir.

Acting on specific intelligence, security forces intercepted a Santro car at Ayengund village on Wednesday night. Its driver, suspected to be a Hizb-ul-Mujahideen militant, abandoned the car near Ayengund while initially jumping a Naka. 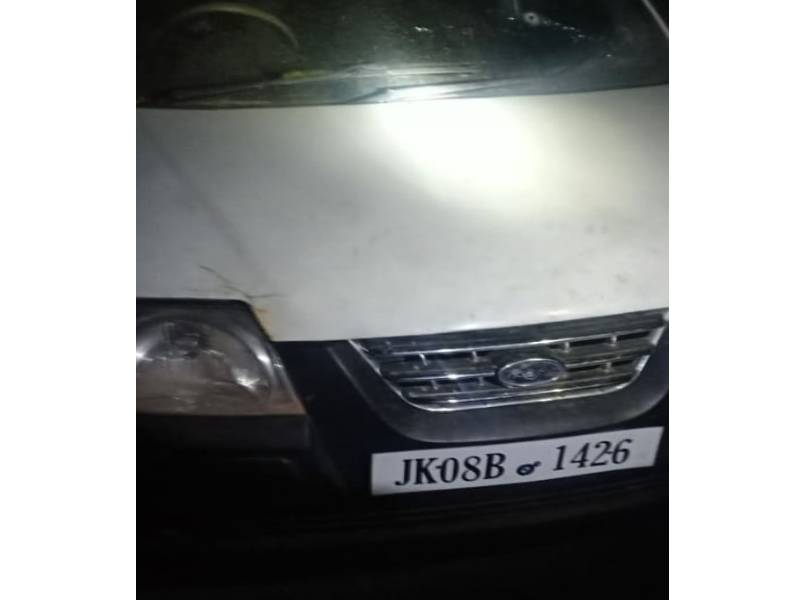 The militant escaped under the cover of darkness. Later the car was destroyed by a Bomb Disposal Squad. Around 45 kilograms of explosives were planted inside a drum of the rear seat.

Such was the impact of the blast that window panes of some houses were damaged in the vicinity. There was no loss of life as forces had evacuated the residents before defusing the explosives

A preliminary investigation reveals that the car had a fake number plate. Some reports suggested that it was the number of a scooter registered in the Kathua district of Jammu.

An official said a joint team of forces including 44 RR, Pulwama police and CRPF recovered the improvised explosive device (IED) after searching the vehicle.

"We had received inputs about movement of the vehicle carrying IED five days ago," he said.

Police suspect that Hizbul Mujahadeen, Lashkar-e-Tioba, and Jaish-e-Mohommad were planning to carry a Pulwama type attack. They had got the intelligence inputs and massive operation was launched a few days ago. Pakistani militant identified as Waleed is said to be the mastermind of this foiled attack.

“Waleed is quite active in the area. He had escaped some encounters. He is an IED expert. He had converted the car into the mobile IED. They were planning to attack the security forces and inflict major casualties,” said an officer.

“But we were alert and they could not succeed. For the last one week, we were receiving inputs about the militants trying to carry out a suicidal attack. Yesterday we intercepted the car. But they jumped the first Naka. We fired some warning shots. They were intercepted by the second Naka and the driver abandoned the vehicle and escaped,” he said.

It is worth to mention here that 40 CRPF men were killed when Jaish-e-Mohommad suicide bomber Adil Dar rammed his explosive-laden ECCO van into the convoy on the Srinagar Jammu national highway at Lethpora on February 14 last year.