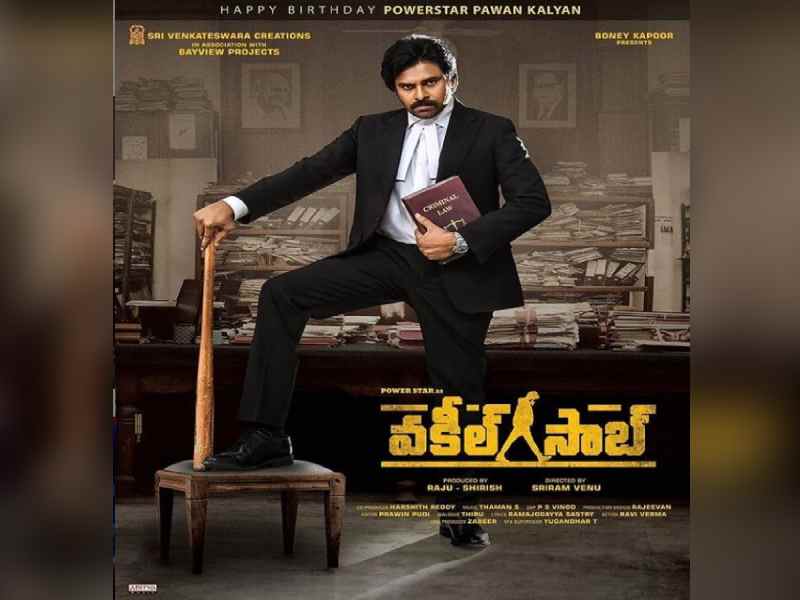 Hyderabad: The Vakeel Saab team has released a motion poster on account of Power Star's birthday, featuring Pawan Kalyan donned in a lawyer's attire. The movie was all set to be released in May but the poster does not seem to make the wait any easier.

Producer of the film, Boney Kapoor, tweeted yesterday to all PK fans that there is a surprise awaiting for September 2 and as expected, it was the motion poster of Vakeel Saab. 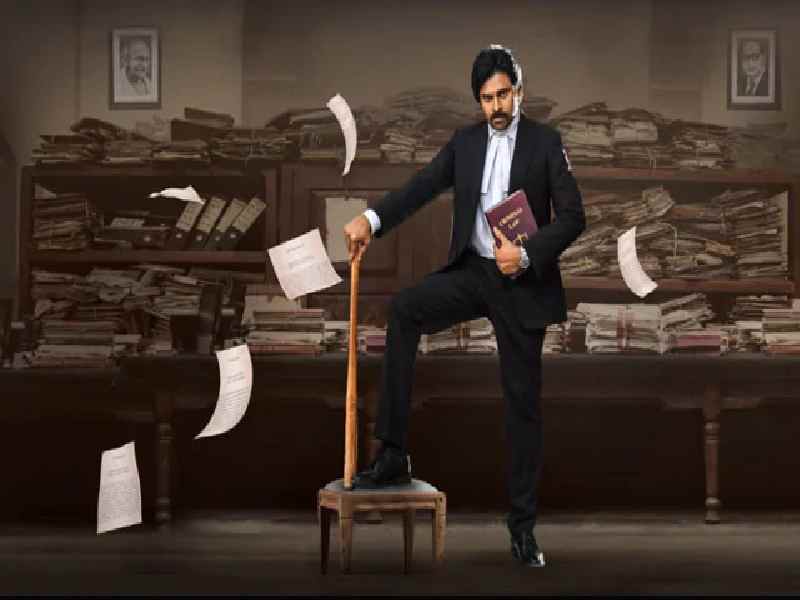 The film is a remake of the movie "Pink" starring Amitabh Bachchan, Taapsee Pannu, Kirti Kulhari and Andrea Tariang in the lead roles.

The movie is jointly financed by Boney Kapoor and Dil Raju. Due to the ongoing pandemic, the release date of the movie is uncertain.

From a martial artist to a politician now, Pawan Kalyan is multifaceted in Tollywood and is a jack of all trades. Celebrities took to Twitter to convey their wishes and blessings.

"Wishing our POWERSTAR Pawan Kalyan Garu a very happy birthday!! May you keep making everyone smile and have a long, happy and successful life. Love you sir! ️

#HBDpawankalyan" was one of them, by Nithiin.

"Wishing you a very happy birthday, @PawanKalyan !! May your kindness and humility always inspire a change. Good health and happiness always! " was one by Mahesh Babu along with a picture of the two actors as young lads, probably in their 20s.

Fans cannot seem to contain themselves with the joy of the star turning 49. Unfortunately, 3 fans in Santhipuram, Chittoor district, Andhra Pradesh, while putting up a 25-feet banner wishing the actor a happy birthday got electrocuted and 4 others gravely injured. The chief of Jana Sena Party, Pawan Kalyan, has offered Rs 2 lakh to the bereaved families.