Hyderabad: Funeral rituals for former bureaucrat BN Yugandhar, the father of Microsoft CEO Satya Nadella, were performed here at Mahaprasthanam, Jubilee Hills, on Sunday. Mr Satya Nadella arrived Saturday night and went to Citizen Hospital, Sherilingampalli, directly from the Shamshabad airport. The dead body of Yungadhar was taken to Mahaprasthanam from the hospital.

Hyderabad Police Commissioner Anjani Kumar monitored the security arrangements at the Mahaprasthanam. However, the Police didn’t allow video coverage of funeral rituals. The police officials didn’t even allow any outsiders into Mahaprasthanam. Yugandhar, 80, breathed his last here on Friday. 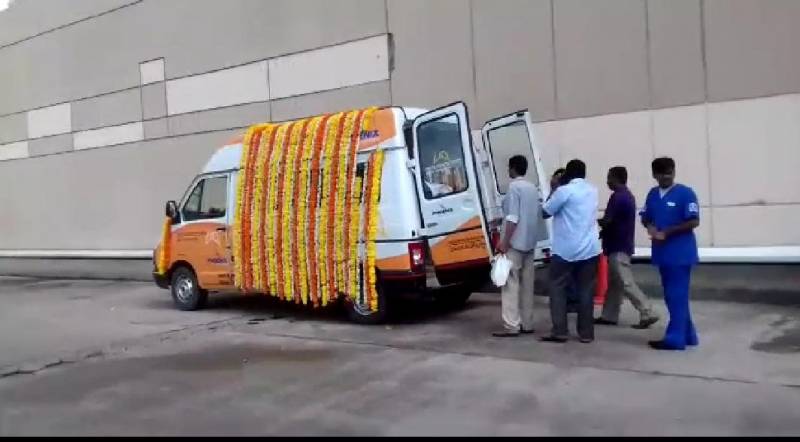 The 19620 batch IAS officer Yugandhar was known for his simplicity and helping nature to the needy and poor people. Yugandhar was part of late NT Rama Rao’s team during 1983-85. He was instrumental in framing the popular Rs2 a kg rice scheme implemented by the TDP government. Yugandhar was also spcial secretary at PMO during late PV Narasimha Rao’s regime. Yugandhar was a member of Planning Commission and director at Lal Bahadur Shastri National Academy.

“Saddened by the demise of former bureaucrat Shri B N Yugandhar. He was an upright, committed officer. He worked for upliftment of the marginalised sections of the society & to improve life in rural India. My heartfelt condolences to his family members. May his soul rest in peace,” Mr Naidu tweeted.

<blockquote class=”twitter-tweet”><p lang=”en” dir=”ltr”>Saddened by the demise of former bureaucrat Shri B N Yugandhar.<br>He was an upright, committed officer.<br>He worked for upliftment of the marginalised sections of the society &amp; to improve life in rural India. My heartfelt condolences to his family members.May his soul rest in peace <a href=”https://t.co/0S0ecNBZQX“>pic.twitter.com/0S0ecNBZQX</a></p>&mdash; VicePresidentOfIndia (@VPSecretariat) <a href=”https://twitter.com/VPSecretariat/status/1172542113227034625?ref_src=twsrc%5Etfw“>September 13, 2019</a></blockquote> <script async src=”https://platform.twitter.com/widgets.js” charset=”utf-8″></script>

Dasari Sreenivasa Rao is a freelance journalist with 26 years of mainstream media experience in Hyderabad and Dubai. He was Business Editor at The Pioneer and Spl Correspondent at Deccan Chronicle and The Hans India. Earlier, he worked for prestigious media brands including ToI, Indian Express (Bombay) and SPG Media and Business Standard in Hyderabad. NSE-qualified Dasari specializes in derivatives trading. He was visiting faculty at IGNOU and handled two batches of journalism students. Dasari is passionate about business journalism and always suggests all to practice rigorous meditation that ensures peace of mind and helps in moving up the value chain.