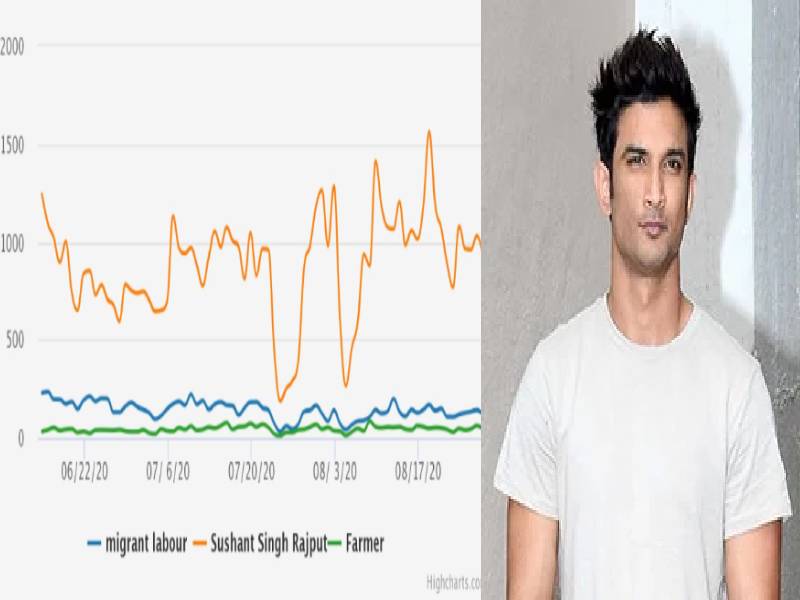 Hyderabad: The Press Council of India, on August 28, issued an advisory asking media to maintain journalistic conduct drafted by the body. This came after media coverage on the suicide of Bollywood actor Sushant Singh Rajput has turned to be the hot topic on every platform. Issues like Covid-19 cases, migrant labourers and farmer distress is nowhere seen on the media platforms.

Media Cloud, an open-source platform for studying media ecosystem, by tracking millions of stories published online shows in its data that the coverage of Sushant Singh Rajput suicide case was done on more than 130 news sources, hundreds of times more than the coverage of migrant labourers and farmers' issues in India. 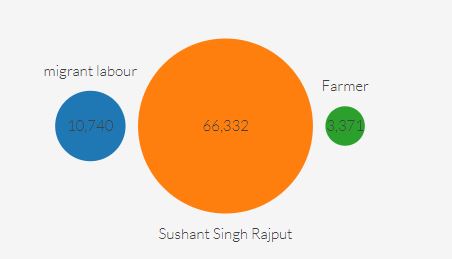 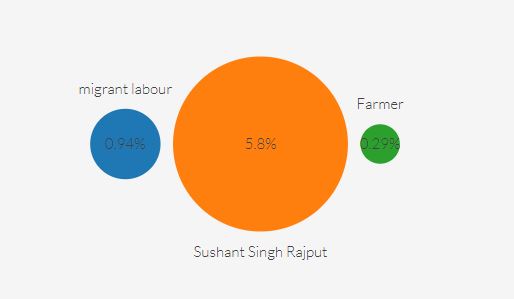 More than thousand stories on Sushant Singh Rajput appear daily on the web while an average 120 stories of migrant labourers appear on the website per day. The farmers' stories on the web are only 50-60 daily. 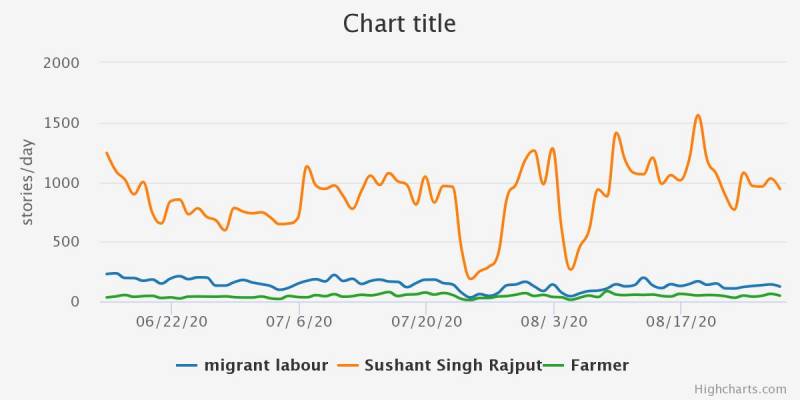 On August 8, 81 stories on the issues of farmers, the highest number on a single day, appeared on the web. On August 5, 266 stories, the least on Sushant Singh Rajput death appeared, which could be due to the Ram Mandir Bhumi Puja happening in Ayodhya, which was covered widely by all the media houses.

The issue of farmers and migrant labourers is very less compared to the coverage of Sushant Singh Rajput stories.