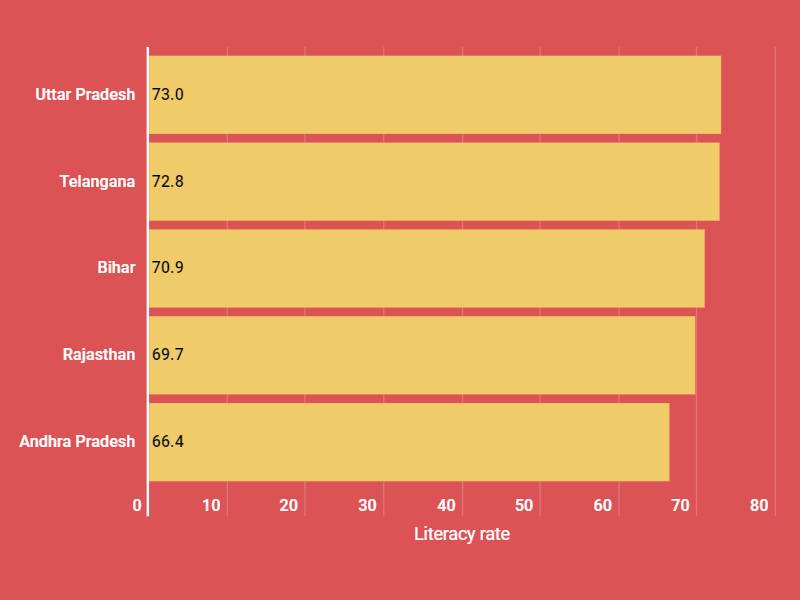 States with the lowest literacy rates in India/ Source: NSO

The survey reports the literacy rate in ages above seven.

Rajya Sabha MP and educationist K Keshava Rao said that despite the ranking, he sees hope in the number. "Historically, Telangana has been a backward state in terms of education. We have been trying our best to push more children into education, and to a great level, our policies have helped," he said.

Kerala topped the list with a 96.2 per cent literacy rate, and Delhi ranked second with 88.7 per cent.

The report signifies that Andhra has ranked below the state of Bihar, which reported a literacy rate of 70.9 per cent.

TS also reported a significant gap in male and female literacy rate. As per NSO, 80.5 per cent of males surveyed were classified as literate, in comparison to 65.1 per cent of females. A gender gap of 15.4 points was observed in the state.

As for Andhra Pradesh, a gender gap of 13.9 per cent was observed. 73.4 per cent of the surveyed males were classified as literate, in comparison to 59.5 per cent.